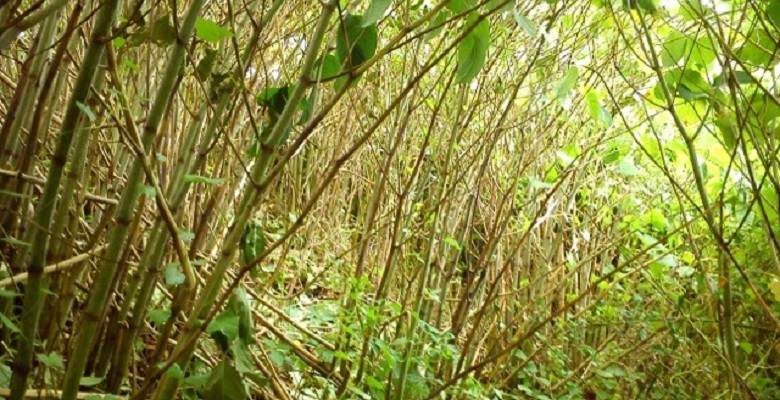 Leeds University and engineering firm Aecom found “no evidence” of Japanese Knotweed being problematic to properties and claimed it “posed no more of a threat … than trees, climbers and other shrubs”.

Despite this recent study suggesting that the growth is relatively harmless, knotweed still remains a huge problem for sellers.

The research also contradicts what conveyancers believe to be a volatile species, the implications of having knotweed growing in properties can have serious consequences as its presence can significantly impact the conveyancing process – and the possibility of insurers not insuring and lenders who might not lend.

The Council of Mortgage Lenders (CML) state that “Mortgage lenders will normally require evidence of treatment that will eradicate the plant as a condition of lending if knotweed is present on or near the site of a property.”

But, there are some lenders who will refuse to lend money to buyers outright due to the presence of knotweed. A Telegraph article stated, “Some, like the Skipton Building Society, will not lend under any circumstances, if invasive plants are found anywhere in your garden, irrespective of how far away from the main building, or indeed on a neighbour’s land.”

One such case which highlights the fact that Japanese knotweed is invasive is where Network Rail were challenged in relation to a private nuisance claim over Japanese knotweed in which the case was dismissed by the Court of appeal. Nic Seal, Founder and MD of Environet said “This judgment should put all owners of land infected with knotweed on notice to take proper action to ensure their knotweed does not encroach onto or threaten other property.”

Legal professionals are warning the industry that legal responsibilities remain in place should the aggressive species be found growing on a property which is up for sale or to let out.

Joanne Ellis, a partner at national law firm Stephensons, says people must be on alert when it comes to Japenese Knotweed otherwise they will face legal action against them.

“While the destructive nature of Japanese Knotweed may be unclear, from a legal standpoint it’s much more straightforward. Under the Environmental Protection Act 1990, Japanese Knotweed is classed as ‘controlled waste’ and must be disposed of safely and securely once it’s identified.

“Japanese Knotweed is not just a weed or irritant – its presence and spread can be a legal nuisance and a court may decide you have acted negligently in not treating it at all or not treating it correctly. This is in addition to the detrimental effect the plant can have on the value of your property or that of your neighbours.

“Seeking specialist treatment and legal advice as soon as the plant is discovered is essential. Simply digging it out could actually be a criminal offence.”

If an owner/seller fails to treat Japanese Knotweed on their property and it either encroaches onto or threatens other property, they can be liable and substantial damages can be awarded against them.

Joanne Ellis says “firstly, those affected can seek an injunction to force the landowner to take action to remove the knotweed. This can include treatment costs, damages for the impact on the value of affected properties and further damages for any impact on the enjoyment of those properties.”

Ellis further adds: “considering the damage that knotweed can do – above and below ground – it is not inconceivable that damages could run into the hundreds of thousands.”

As well as an injunction, more recently powers have been introduced which provides another opportunity for redress for landowners affected by the weed. The Antisocial Behaviour, Crime and Policing Act 2014 is used to protect landowners against loss of amenity which in turn has a harmful effect on quality of life. This Act has been used to apply to Japanese Knotweed.

The police and Local councils can issue a Community Protection Notice against the offending party –  once they have received written warnings about the anti-social behaviour. It is a criminal offence if the notice is ignored and not complied with, without reasonable justification, which could result in a fine or prosecution.

There is so much contradictory advice and information regarding Japanese knotweed it would be interesting to find out how conveyancers deal with their clients’ property transactions affected by the weed.