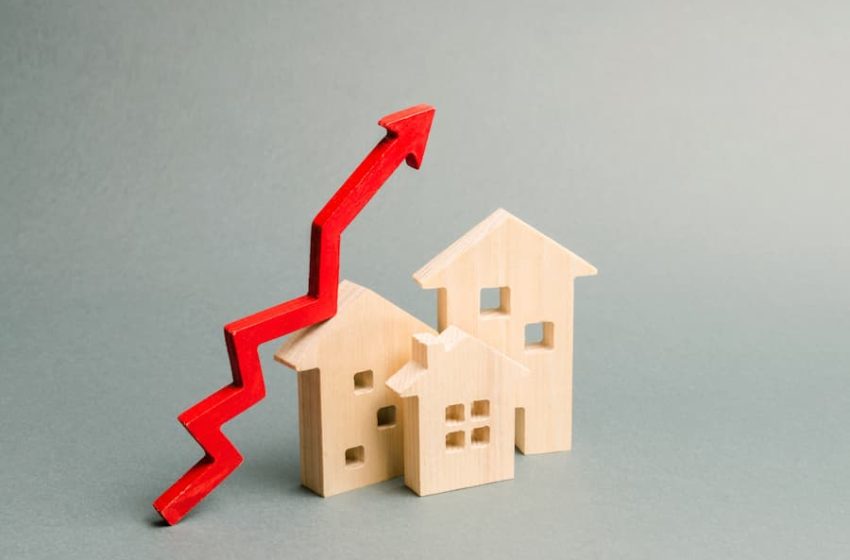 Regionally, London continues to be the area with the lowest annual growth at 5.5% and the South West was the region with the highest annual house price growth, with average prices increasing by 13.6% in the year to December 2021. This was up from 12.8% in November 2021.

On a seasonally adjusted basis, average house prices in the UK increased by 0.9% between November and December 2021, following an increase of 2.0% in the previous month.

Despite being the region with the lowest annual growth, London’s average house prices remain the most expensive of any region in the UK, reaching a record level of £521,000 in December 2021.

The North East continued to have the lowest average house price at £147,000, having surpassed its pre-economic downturn peak of July 2007 in January 2021.

Because of the impact of the covid-19 pandemic on both the number and supply of housing transactions, HMLR has flagged that we might see larger revisions to the published UK House Price Index estimates than usual.

Additionally, HMLR has been increasing the level of automation in the way that applications are processed, and as a result, initial data numbers may be lower than pre-covid transaction volumes; however, in the medium to long term, this will lead to higher volumes being processed.

“It’s only fitting that house prices should continue to climb in December, as the curtain falls on what has been quite an extraordinary year for the property market.

However, while the scales of supply and demand remain firmly tipped in favour of the nation’s home sellers, there’s a good chance that the high rate of house price growth seen during the pandemic will now subside, replaced by more incremental gains during the year ahead.”

“The market remains in fine form having defied all expectations during the pandemic and there is little sign of any significant decline on the horizon.

Increasing interest rates and a sharp jump in the cost of living will, of course, have some impact.

We expect this will come in the form of a more conservative approach to borrowing from the nation’s homebuyers in contrast to the gung ho approach seen during much of the pandemic, as they are no longer buoyed by the race for more space and a stamp duty saving.

The result of which will be a slow in the rate of house price growth rather than a property market crash.”

“We’re yet to see a let up in the torrential downpour of homebuyer demand that has washed over the property market pretty much since the start of the pandemic. As a result, those looking to sell are achieving a very good price which is driving property values ever higher.

Current market conditions are so strong that even when transactions are falling through, sellers are securing another buyer immediately and for a higher price than they had agreed during their original sale.

This won’t last forever though and those entering the market this year should tread with a little more caution. Although demand levels are likely to remain robust, buyers will start to feel the pinch caused by an increase in both the cost of living and borrowing. So sellers who persist with unrealistic asking price expectations will struggle to see them met.”

“It’s hard to remember a time when the property market has been firing on all cylinders for such a sustained period and we continue to see numerous areas driving top line market performance forward at quite some rate.

Of course, this rate of growth isn’t sustainable for ever and we expect to see some natural correction in the coming months. This certainly won’t come in the form of a house price collapse, but those thinking of selling would be wise to do so sooner, rather than later.

There is currently an incredible shortage of stock available on the market and we’re seeing numerous buyers fight it out over a single property. With such an imbalance, those that do bring their home to market are sure to achieve very close to asking price and, in some cases, quite a bit more.”

“UK average house prices increased by 10.8% over the year to December 2021, up from 10.7% in November 2021 and continued to indicate a sustained inflationary pressure across the board. While the situation appears to be slowing slightly, the pressure remains on consumers as they struggle to keep up and could ultimately hinder the ongoing recovery with a noticeable volatility and drop in demand in the short to mid term.”