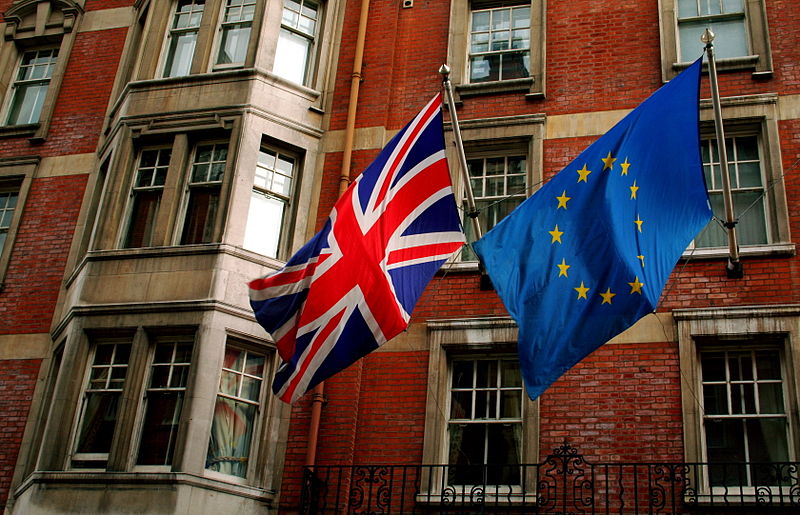 The High Court has ruled that the Government alone does not have the power to begin the process of leaving the European Union (EU).

The triggering of the Lisbon Treaty’s Article 50 can now only occur with parliamentary approval and a vote from MPs. The decision to leave the EU, which was forecasted to result in house prices and transaction levels falling, cannot be made by the Government alone.

Prime Minister, Theresa May had originally stated that the referendum did not require the votes of MPs and that Brexit could begin by use of the royal prerogative; a strategy which campaigners had branded as unconstitutional.

The judges examining the case ruled that there was no constitutional convention of the royal prerogative being used in legislation regarding the EU.

They also highlighted the fundamental changes that triggering Article 50 would have on the rights of UK people and that these cannot be altered under UK law unless authority is given by Parliament.

Lord Thomas branded the case a “pure question of law” and highlighted the court’s lack of concern for the actual benefits of divorcing from the EU, which he stated was a “political issue”.

The decision will be appealed by the Government, with a hearing expected in December.

The official spokesman of the Prime Minister stated that there was “no intention” of the Government allowing the decision to “derail Article 50 or the timetable we have set out”. Although MPs are due to make a statement on Monday, he emphasised the firm stance the Government are taking: “We are determined to continue with our plan.”

Gina Miller, the investment manager who initially brought the case, contested the Government’s plans to appeal and drew attention to the overarching significance of the ruling: “The result of today is about all of us. It’s not about me or my team. It’s about our United Kingdom and all our futures.”

Leader of the Labour Party, Jeremy Corbyn expressed the need for clarity in relation to Brexit as well as responsibility needing to be taken. He encouraged the Government “to bring its negotiating terms to Parliament without delay” as well as highlighting the importance of “transparency and accountability to Parliament on the terms of Brexit.”

Expressing his fear of “betrayal” to those who voted to leave the EU on June 23rd was UKIP’s interim leader, Nigel Farage. He also emphasised concern over the prospect of a “half Brexit” and the “public anger” that would result.

Commenting on the lack of clarity in regards to the High Court’s decision was BBC Assistant Political Editor, Norman Smith. He mentioned the uncertainty surrounding the nature of MP vote and whether it would be quick decision or require detailed legislation to be considered.

Smith did however state that the likely outcome would be a vote in favour of Article 50’s triggering, due to its majority support in the referendum.

Also commenting on the decision made by the High Court was Jacqueline Kendal. The Senior Associate at solicitors, Rosling King LLP mentioned the likelihood of increased pressures where an MP vote is to be held: “[It] is going to be very difficult as the majority of MPs believe that remaining in the EU is in the UK’s best interests, although some have indicated that despite their privately held beliefs, they will follow the decision of the referendum. Certainly, putting the matter to a parliamentary vote will heighten tensions.

“This is possibly the most important constitutional case of the century and the Divisional Court has certified the case as suitable for a ‘leapfrog’ appeal straight to the Supreme Court. Technically the Supreme Court still needs to give permission but there is little doubt over whether they will give it.”

Also expressing their view on the High Court’s landmark ruling was Susan Bright and Charles Brasted. The Partners at global law firm, Hogan Lovells initially highlight the nature of the Claimant’s position in regards to notice under Article 50: “[The Court noted it] cannot be qualified or conditional and cannot be withdrawn once given was not contested.  This is despite Lord Kerr, who devised the Article 50 procedure, having said recently that he did not intend for such notice to be irrevocable.  The judgement does not determine this point.”

The Partners then commented on the potential consequences for rights under EU law: “…the judgement found that, once the notice is given, rights under EU law, which have been incorporated into domestic law, will inevitably be lost.  As a matter of law, the exercise of prerogative power can have no effect on domestic law and the Government cannot be allowed to override Parliament.

“The Court rejected the argument that, by enacting the European Communities Act 1972, Parliament had intended for Government to retain prerogative power to withdraw from the EU Treaties.”

Bright and Brasted went on to mention the lack of definitive method parliamentary support would take, mentioning that the Government may be forced to press for new proposed terms to undergo parliamentary inspection. This is despite their reluctance to reveal any EU negotiations proposed.

“The Court did not specify what form parliamentary approval would have to take, although the Claimants’ case was that an Act of Parliament would be required to authorise the Government to trigger Article 50.  The Court has invited submissions on the precise form of relief, which is likely to revolve around the nature of the parliamentary process required.

“While there are examples of Parliament having passed legislation exceptionally quickly in the past, the Government would inevitably face parliamentary and political challenges in getting parliamentary approval so as to meet its target of giving notice to the European Council by March 2017, particularly if an Act of Parliament is required.  A key political issue will be conditions as to the degree of parliamentary scrutiny over the negotiation process.  The Government has thus far been keen to avoid giving a running commentary on its proposed negotiations with the EU, but it will inevitably be pressed to open up its proposed negotiation terms to parliamentary scrutiny in light of the decision. “

The Partners’ final comment related to the potential commitment made by the Conservative government at the time in relation to the referendum result: “A further legal issue that may, therefore, arise is whether the implementation of the referendum result is a manifesto commitment which the Government can force through the House of Lords under the Salisbury Convention.

“It is worth noting that this was just the first stage of the challenge.  Counsel for the Government asked the court for a certificate enabling it to appeal, which it granted.  The Government has formally confirmed its intention to appeal directly to the Supreme Court. A hearing is expected on 7 December.”