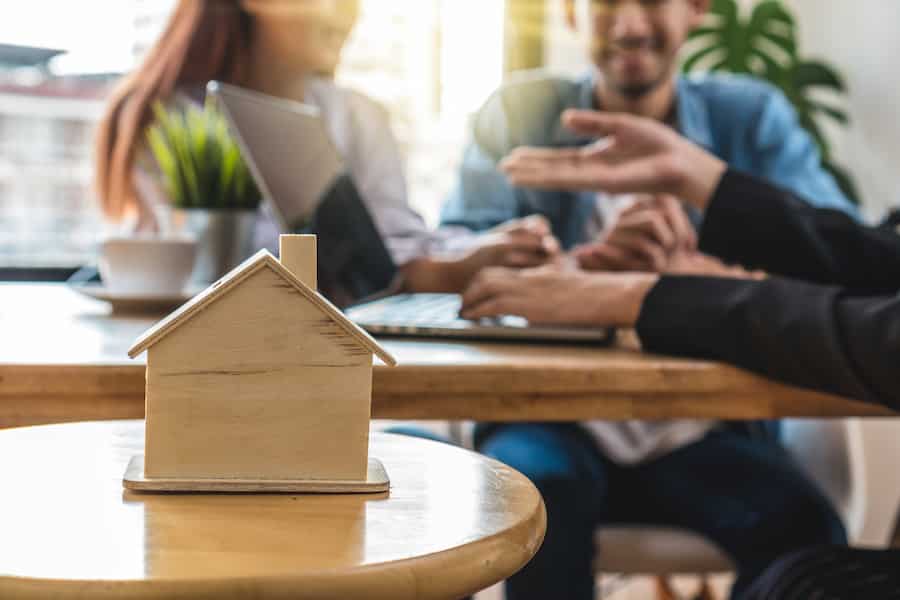 There are now 704,000 sales currently going through the conveyancing process across Great Britain, the highest over the past decade, according to the latest data released from the UK’s leading property portal Rightmove.

At the start of the year the sales pipeline across Great Britain stood at 613,000, but the frenzied marketed over the past few months had led to homes being marked as sale agreed at a quicker rate than they are completing.

While there are many buyers who will be trying to make sure they meet the June deadline, new Rightmove research among buyers hoping to buy by this September in England has found that the stamp duty holiday is not the biggest motivator for moving.

Only 29% of this group said they expected to complete in time to make use of the stamp duty holiday. The most common reasons for moving are to move to a bigger home, if someone comes across the right property, relocating to the countryside or the coast, and moving to a home with a garden.

Of the 704,000 sales going through, 220,000 were marked as Sold Subject to Contract between July last year and the end of February this year in England and are yet to complete. The current average time from sale agreed to completion is four months.

“The easing of restrictions, extended stamp duty holiday, better mortgage availability for first-time buyers, race for space and relocation plans have all combined to create the biggest conveyancing logjam we’ve ever recorded over the past ten years. We really hope those who had at least four months to make it through to completion will make it in time to beat the first stamp duty deadline, but with the tapering until September many will still make some savings so all will not be lost. The pace of properties coming on and off the market is also the quickest we’ve recorded, and agents are telling me they have multiple viewings followed by a number of offers within days of a property first appearing on Rightmove. At the start of this year we had anticipated a quieter second quarter of the year, but buyer demand and the pipeline has continued at pace, making it an incredibly busy time for agents and conveyancers in many areas right now.”

A Stamp Duty Land Tax (SDLT) petition launched by Chris Holland in April, which requires the current SDLT holiday to be triggered upon exchange of contracts rather than completion has been rejected by the Government.

More than 13,500 people have signed the petition, which Holland was looking to take advantage of the existing stamp duty holiday.

“People are finding themselves becoming trapped in a scenario whereby house prices are much higher, and at the same time they will now miss out on the stamp duty holiday. People are being financially punished from both sides, this from a policy that was designed to do the exact opposite.

“Exchanging contracts is exactly what it says. A contract, a legally binding agreement, to purchase a house often with an immediate 10% deposit being paid. So why shouldn’t you benefit from the stamp duty holiday being triggered at that moment of exchanging contracts, rather than at the point of completion?

“This will allow in particularly new build buyers, with continuous building delays due to COVID-19, to benefit from this policy.”

But the Government’s response to the petition confirmed there will be no further changes to stamp duty holiday.

“The SDLT Holiday was extended at Budget 2021 in order to benefit transactions which were unable to be completed by 31 March 2021. The government does not intend to change the SDLT trigger point.

“On 8 July 2020, the SDLT nil rate band for purchase of residential property was temporarily raised to £500,000 until 31 March 2021. This was designed to stimulate the property market, where property transactions fell by as much as 50 per cent during the initial COVID-19 lockdown.

“Earlier this year, many people were concerned that their transactions would miss out on the reduced rates due to circumstances beyond their control, including delays in the sector.

“The Chancellor listened to those concerns and, on 3 March 2021, announced an extension in order to ensure that purchases that could not be completed by 31 March 2021 were still able to benefit from the relief.

“The SDLT Holiday applies to transactions that are completed or substantially performed during the period.

“A contract is regarded as substantially performed when the purchaser takes possession of the property, or at least 90% of the consideration is paid or provided. Further information is available here: https://www.gov.uk/hmrc-internal-manuals/stamp-duty-land-tax-manual/sdltm07950.

“Completion and substantial performance are well understood and widely recognised legal concepts and using them to establish the relevant date of a transaction for Stamp Duty Land Tax provides certainty to home buyers and to HMRC.

“The Government’s approach in extending the Holiday has ensured that all purchasers have had more time to complete their property transactions. If the SDLT system had been altered so as to be triggered at the point of exchange, that would have been a fundamental change to the way in which the tax is administered, and would have created additional uncertainty at a time of national crisis.