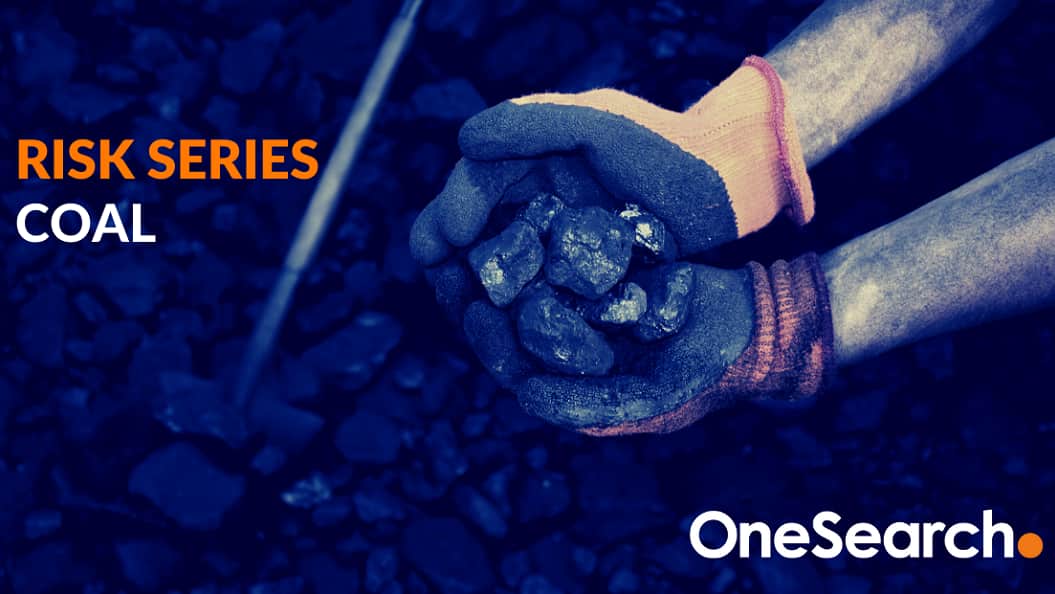 This guest post has been written for the OneSearch Risk Series by Philip Huddleston MRICS, Director of PinPoint Coal Ltd.

With changed economic and political influences, coal mining has now virtually ceased in the UK. Although there are a few proposals for underground mines in the pipeline (such as the proposal to mine Coking coal in Cumbria), this seems unlikely to change in the near future. Equally, the likelihood of any new quarried coal mining obtaining planning consent is remote. One of the largest operators, Hargeaves, recently announced their intention to wind down operations. Given this, we could be forgiven for asking why a coal search is still necessary? We’ll attempt in this article to explain why.

Underground Mining. Mining coal below ground causes subsidence. With deep mining this lowering of the surface takes place over a relatively short period of time. This can manifest itself as tension or compression strains resulting in damage to buildings or, quite simply, a lowering of the surface and no damage at all. Shallower workings do not consolidate in the same way and the impact of these can continue for much longer, representing a continued present-day risk. If settlement from shallow workings occurs, it is most likely to manifest itself as a crown hole or sink hole at the surface. In most cases the 1991 Coal Mining Subsidence Act would provide some protection to the landowner. More information here.

Opencast Mining (quarrying). With the planning system favouring development on brownfield sites, many houses are now being developed on such land. Coal Mining Subsidence legislation is unlikely to cover damage from this source. Any new sites can have an environmental impact.

Mine Entries (shafts and adits). A past report cannot be relied upon. Following the Lofthouse disaster and the introduction of the Mines (Precautions Against Inrushes) Regulations 1979, a huge number of shafts and adits were researched and added to records. This continues today, with new entries constantly being added or adjusted.

Coal Mining Geology. Under certain conditions mining can cause rocks near to the surface to have cracked open, leaving open fissures. These can be hidden below the surface deposits, which can fail and fall into the void.

Subsidence claims. These are a valuable indicator of past damage from all the above sources and may also point to whether remediation has taken place or not.

Mine gas. Rarely, there can also be issues caused by gas. Mine gas issues take two main forms.

Carbon dioxide and nitrogen combined, known as blackdamp, is produced from coal. This gas is heavier than air and although not poisonous it can cause death by displacing any oxygen. Under certain atmospheric conditions, this gas can rise towards the surface. Any entry to disused workings would be very dangerous and there have been examples of this in the past where people have entered these and suffered the consequences. Thankfully, now all known adits (the main problem) have been secured to prevent accidental access, but this can be as little as placement of a grill at the entrance, and is therefore capable of being removed.

The other more problematical gas is methane. This gas is lighter than air and finds its way to the surface very easily via any conduits present. These can be shafts, adits and crack or fissures in the rock. Again, where any such risks have been identified, remediation work is undertaken by the Coal Authority very often by venting the gas through a flue and in some instances commercially extracted.

Gas issues are reported in coal reports where they are known. It is not possible to predict otherwise where they might occur but properties that are near to shafts or adits, particularly those that have no recorded treatment, are the more likely locations.

The need to have good coal risk information

Coal reports are designed to make a purchaser aware of any risks from coal mining. They are structured around agreed reporting criteria. The criteria we use was designed and agreed by a committee comprising of the Coal Authority, the Law Society, the RICS and the Council of Mortgage Lenders.  Their aim being to bring consistency in reporting which prior to the agreement was poor, being left up to the individual surveyor making the report. This had led to inconsistency, error, bad press and of course litigation. The result was the CON29M questions mandated by the Law Society for use where a property transaction was happening in a defined coal mining area.

Quite apart from the recommendation from the Law Society to always make a search it is quite simply a necessity. Past reports cannot be relied upon because even today new information is being added – shafts being a good example of this.

When shafts or adits are recorded as being within 20M of a property, Landmarks Coal Reports include an additional free appendix that looks more closely at the risk and provides an assessment of whether the mine entry can affect the property.

With underground workings the area at the surface affected by subsidence is much greater than the area of worked coal. Predicting the zone of influence is a complex three-dimensional calculation based upon the depth and slope of the workings together with the surface terrain. To the best of our knowledge, only the Coal Authority and PinPoint Coal have been able to produce these which in turn enable them to produce their reports in seconds and always to the same high accuracy.

Landmark Coal Reports are powered by PinPoint and provide all the standard answers required by the Law Society together with (as appendices) additional information about mine entries and claims when they are reported. The reports are supported by professional opinion from a Chartered Minerals Surveyor.

Obtaining a coal mining report enables the prospective purchaser to be made aware of the risks from coal mining and to see whether there is any history of damage – in other words, where a claim has been made.

If a claim has been made or rejected we can assume that there has been some damage. If the claim was accepted and repairs were carried out then you might want to commission a survey to check if the repairs are of an adequate standard. If compensation was paid instead of repairs you need to know why and what, if anything, was done in relation to the damage. Again, if claims are reported an inclusion of a free additional appendix details the individual claims in the area of the property and provides an opinion of the risk they present.

All Landmark Coal Reports benefit from eye-catching red/green summary providing instant clarity on report’s findings and are driven by Intelligent Algorithms that automatically calculate Zones of Influence to determine risk. In addition they include:

OneSearch Direct are a leading property search company providing fast, accurate and quality assured search information to conveyancing solicitors and other property professionals.
Established more than 20 years ago, we have a vast wealth of experience in processing and managing property search information and continually invest and adapt our services to suit the changing needs of our customers and the market place.

We provide a complete solution for residential and commercial property searches, making it easier to order and manage every element of the search process required in a property transaction.
Added to that, our searches are also backed with a fully comprehensive professional indemnity insurance of £10 Million for both residential and commercial, giving our customers complete confidence and peace of mind in our service.

By employing state of the art IT infrastructure, we are able to streamline our processes, providing us with extensive volume capability and the ability to facilitate full electronic ordering and delivery of a broad range of property search reports including:

Although we use the latest technology, at the core of our service is a team of highly skilled people who are dedicated to personally managing your account, ensuring excellent customer service at all times.
OneSearch Direct subscribe to the Search Code and are founder members of the Council of Property Search Organisation (COPSO), as well as being an Appointed Representative of Northcott Beaton Ltd, which is authorised and regulated by the Financial Services Authority (FSA).