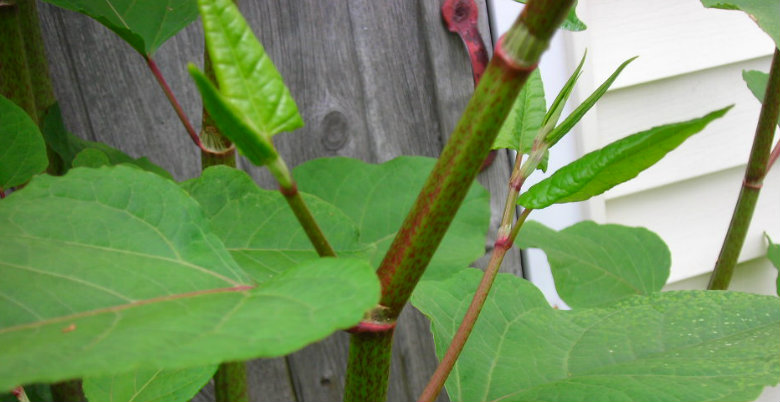 Recent research has indicated that over three-quarters of home movers would be put off purchasing a property if they discovered Japanese Knotweed was present.

The findings from YouGov and Environet revealed there was a high level of anxiety around the weed, with concerns including the difficulty of removal (69%), the cost involved with removal (56%), or the time needed to do so (57%).

Whilst the study indicated that there is awareness around Japanese Knotweed, the associated concerns suggest that many potential buyers are misinformed as to the impact of the weed and the available removal options.

Widely known for its aggressive effect on property, Japanese Knotweed is top of the Environment Agency’s list of invasive plant species in the UK. During the summer months, the perennial plant can grow up almost 10-20cm per day and is able to push through drains, cracks in concrete and cavity walls, causing lasting damage in its wake.

Whilst general awareness of the plant was high, respondent knowledge of the associated legal obligations was lower. Just under half (49%) of those asked were aware that it is the legal responsibility of the homeowner to prevent the plant spreading from their land. Where it does spread into a neighbour’s garden, just 21% of respondents knew that an ASBO could be given to the homeowner.

However, removal methods are available, with some effective in just a few days. One option is to use a digging out method, removing all viable rhizome roots. Although this should ensure that the owner has no problems in selling the property, just 3% of respondents stated that they would not be deterred at all by the presence of the weed.

Commenting on the results of the study was Nic Seal. The MD and Founder of Environet stated:

“Homeowners are right to be concerned about the threat posed by Japanese knotweed. Attempting to deal with it by cutting it down repeatedly, burning it, burying it or using common weed killers simply won’t work as the plant can lie dormant beneath the ground, only to strike again when people least expect it.

Yet for those wishing to buy or sell a property, it doesn’t have to be a deal breaker. Japanese knotweed can be dealt with once and for all, within a matter of days from discovery, so there is hope for buyers who may have otherwise walked away from their dream home.”

Expressing concern at the public’s perception of the Japanese Knotweed was Philip Santo. The Charter Surveyor and Director at Philip Santo & Co highlighted that for many, the level of risk may be exaggerated.

“RICS shares concerns that many people believe Japanese Knotweed poses a much greater risk than it really does.

“Since RICS issued guidance in 2012 the situation for buyers and sellers has greatly improved. For most affected properties there is now access to mortgage finance once an approved Japanese Knotweed Management Plan is in place. DIY remedies can make matters worse and should not be attempted.”