Natural Resources Wales’s Flood Risk Strategy Manager, Steve Cook, told a meeting of the UK Environmental Law Association, that currently one in six properties in Wales is at risk of flooding.
Mr Cook said: “The current number of properties at risk of flooding is likely to increase as we experience the effects of climate change.  In the future we can expect increased rainfall, more severe storms and rises in sea levels”.

Following the dramatic weather of last winter and the serious impacts on individuals, insurance companies, infrastructure providers, public sector bodies and others, the UK Environmental Law Association brought together a number of leading lawyers, insurance providers and academics to debate the wider effects of flooding, how to minimise these impacts and the insurance industry’s response to the crisis.

Simon Boyle, a leading and well respected environmental lawyer with Landmark Information Group, brought a stark reality to the discussion.  He outlined the dramatic consequences of flooding such as death, personal injury, property losses and damage, as well as the insurance implications.  Mr Boyle also pointed out the impact on commercial businesses:

“Although businesses usually have business interruption insurance, generally this only covers a three month period.  When businesses are flooded this period is often not long enough to get the business back on track after the flood. This is part of the reason why around 60% of companies that suffer major flood incidents go out of business within two years.”

As with any crisis, there are a number of potential solutions.
Mr Boyle said: “From as little as a few thousand pounds effective flood resistance measures could be installed for individual residential properties.
“Most flooding does not go above a depth of 80cm and can be effectively kept out of houses by installing flood resistance measures such as door and window baffles.”
The insurance industry’s perspective was provided by Duncan Spencer of EDIA who reinforced the sector’s challenge of balancing costs with protection of homes and businesses.
Mr Spencer identified that other impacts of flooding, especially from the pollution caused as a result, are often overlooked.  He pointed out that the costs of these can be many hundreds of thousands of pounds.
In looking to the future, Mr Spencer spoke about increasing risks and the potential for a rise in liability law cases, as is being experienced within the United States.
There was general agreement that the situation whereby those home owners who are at a high risk of flooding are receiving premium subsidies from other insurance payers of well over £500 for each household annually is not sustainable in the longer term.
In this context, Professor Mark Stallworthy of Swansea University provided an overview of the UK Government’s proposals for introducing a statutory Flood Re-insurance scheme.  The scheme has the overall aim of ensuring home owners continued reliance on the insurance industry to cover losses from flooding.  It will require the insurance industry to pay levies into a fund that will be used to financially support some claims.  It also provides for the continued cross subsidising of low and high flood risk insured households.  Overall, this could result in a fairer insurance deal for homeowners not at risk of flooding and also those at high risk of flooding.
However, Professor Stallworthy said:
“Whilst the Flood Re-insurance scheme promises to protect the sustainability of flood insurance, there are concerns about the significant number of properties that will be excluded and the failure to address the possibility of a rapid increase in the levels of flood risk.” 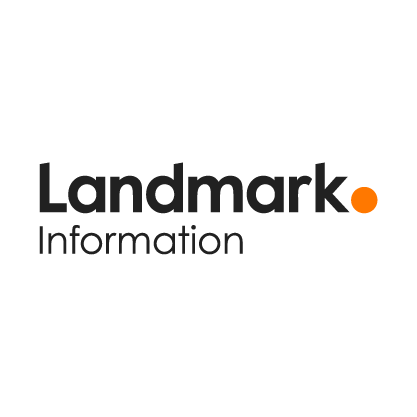 Landmark Information is the UK’s leading provider of land and property search information, including digital mapping and environmental risk reports for property professionals.

It provides environmental, planning and other location-based risk information to the residential and commercial property sectors in England, Wales and Scotland, supporting legal and conveyancing professionals in their property due diligence, in line with the Law Society and SRA requirements.

Landmark’s data and reports interpret risk and provide clear, concise guidance and solutions (where risk is identified) to ensure that conveyancers meet regulatory requirements, as well as ensuring transactions progress as smoothly as possible with purchasers able to make fully-informed decisions.

Landmark’s RiskView all-in-one environmental reports, offer a unique online viewer to help legal professionals and consumers understand and visualise potential risks at a given address. It provides concise and easy-to-interpret Contaminated Land, Flood, Ground Hazards and Energy & Infrastructure risk data, as well as interactive maps and further information for the buyer.  RiskView reports are available for both residential and commercial transactions.

In addition, the Landmark Academy was launched to help property lawyers and conveyancers meet the evolving training requirements, while maintaining competencies. The Academy provides guidance on Landmark reports, includes on-demand webinars and a range of supporting materials, and is available to access free of charge.

·         For more details regarding the Landmark Academy: https://www.landmarkacademyhub.co.uk/