With changing rainfall and ground water conditions, the UK is witnessing a dramatic upturn in the number of cases of ground collapsing through natural causes known as sinkholes.

Sinkholes form when rainwater dissolves underground rocks, forming caves beneath thick soil. When the caves get large enough the soil collapses into the void, creating varying sizes and depths of sinkholes. The vulnerable rock types are chalk, limestone and also gypsum and salt, collectively known as ‘karst’. As rainwater falls it picks up carbon dioxide molecules from the atmosphere, turning it into a mild carbonic acid, when the rainwater hits rotting vegetation and the soil, it becomes even more acidic. The acid in the water then helps dissolve the karstic rock and a sinkhole is created.

Homes, gardens, roads, churches, lakes, farms and entire towns: are all public areas and all examples of areas where sinkholes have literally swallowed up the ground.

As documented on last week’s Channel 5 programme ‘Sinkhole: Buried Alive’ the risks sinkholes have to humans, property and infrastructure are real and devastating across the world, not least the UK– see http://bit.ly/1TAmaSw.

Just last week, we saw the huge 40ft sinkhole on Mancunian Way, which has blocked the main road into Manchester City causing havoc to local traffic, infrastructure and the local economy.

According to the Royal Institution of Chartered Surveyors, at least nine sinkholes appeared in England in February 2014 caused by heavy rain and flooding.

A recent case in Sidcup, Kent saw an eight foot hole open up underneath a recycling lorry, and at the start of 2014 we saw buyers pulling out of their transactions in Hemel Hempstead as a 20 foot deep cavity opened up underneath a development of new homes. In High Wycombe, a car was swallowed up by a 30 foot hole in a driveway, thought to be associated with old chalk mine workings.

Identifying ground stability issues is a vital part of any home buying process.

The British Geological Survey (BGS) operate a dissolutions (sinkholes) hazards team which investigates and databases these features for the whole of the UK. This information, as well as other key natural and man-made geo-hazards, is included in FCI Standard and Premium environmental reports, allowing home buyers to assess any potential ground stability issues, before purchasing the property.

Ground stability data is included in every Future Climate Info Premium and Standard environmental report for both residential and commercial properties. With FCI reports, conveyancers can satisfy both themselves and their clients whether any issues are associated with a property, safe in the knowledge that a Professional Opinion has been provided from a RICS qualified surveyor.

For full details on the FCI’s suite of Environmental Reports call 01279 798 111 or request a brochure. 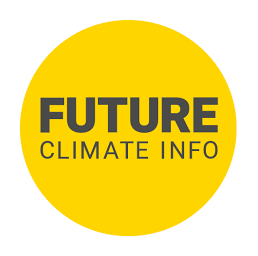