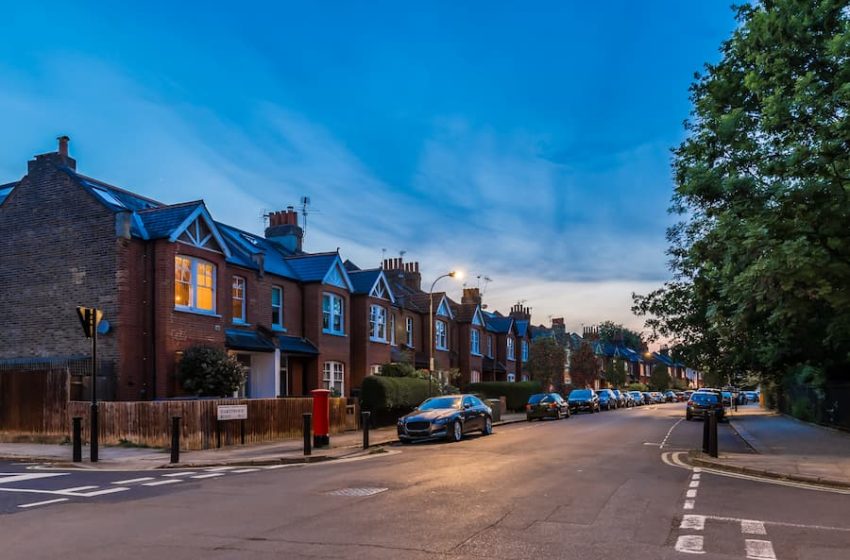 New figures published by the Office for National Statistics (ONS) have revealed that house price affordability in England has fallen to the worst level since ONS records began in 1999. 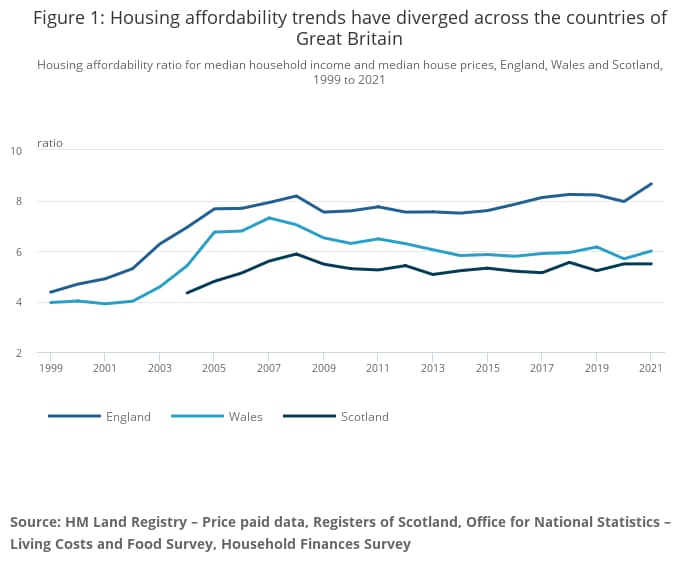 Across English regions, an average-priced home in the North East cost the equivalent of almost 12 years of income for a low-income household (10th percentile) compared with 40 years in London.

In the most affordable English region, the North East, low-price homes (10th percentile) are available at around five times a 10th percentile or higher disposable household income.

“The Government has a great deal to answer for when it comes to the plight of today’s homebuyer”, said James Forrester, Managing Director of Barrows and Forrester. He continued:

“For years, they’ve insisted on fuelling buyer demand while failing to address the severe reality of the housing crisis by actually building more homes and this has pushed house prices to record highs.

As a result, the initial cost of a mortgage deposit has also spiralled and now acts as a huge financial barrier, preventing many from realising their dream of homeownership.”

Timothy Douglas, Head of Policy and Campaigns at Propertymark commented:

“The sales market has so far continued to remain buoyant during turbulent times with homes selling extremely quickly, but with further potential interest rate rises on the cards and the cost of living crisis taking hold of many people’s finances, latest data on housing affordability paints a concerning picture.

With 2021 affordability ratios of household income and median house prices having worsened to already worrying levels, we know that this year, this disproportion is only set to increase.

The current availability pressures within the market are a key factor to rising house prices but this is expected to start to slow at the end of this year. However, this will not be enough to level out the imbalance in supply and demand and current efforts being made are simply not going to deliver the right type of houses in the right places that we need on the ground to cope with demand.”

“The cost of homeownership is severely out of kilter with the reality facing many homebuyers when it comes to the money they earn, the amount they are able to save and the sums required to purchase a home.

This has caused many have borrowed beyond their means while mortgage rates have remained favourable, simply to get a foot on the ladder. But with this cost of borrowing now starting to climb, we can expect to see those that have over committed find themselves in financial turmoil as they struggle to cover this increased cost on a below par level of income.”

Director of Benham and Reeves, Marc von Grundherr, noted that “only those with the financial collateral of an existing property can comfortably negotiate the cost of a property purchase” in today’s market. He explained why:

“It’s not just an insufficient level of wage growth and the high cost of a deposit that is pricing many out of the market, there’s also the additional costs such as stamp duty and solicitors fees to consider.

When combined, the financial hurdle to securing a foot on the ladder is quite staggering and so it’s no wonder that we’re seeing a move towards long-term renting as a lifestyle choice, not just a necessity.”