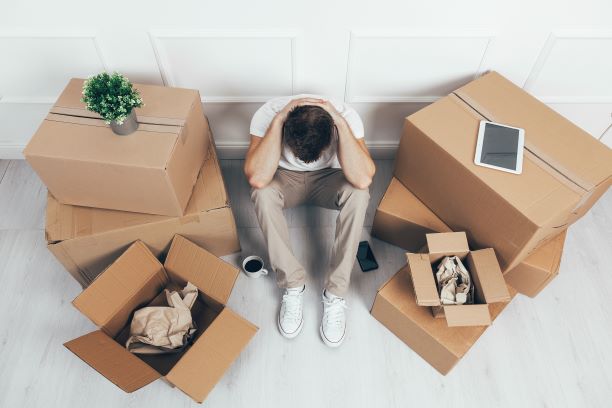 The vast majority of people have found the property market fairly hostile in recent months. According to a recent report by Lloyds Banking Group, a third of home owners looking to take a second step up the housing market feel as though current conditions are making it a lot more difficult than 12 months ago.

On average, second-steppers are spending three and a half years in their first home before looking to purchase their second home. Unfortunately, they are forced to put the next stage of their life on hold for an additional eighteen months before they are able to move up the housing ladder. A myriad of reasons have been attributed to this delay.

Many first-time homeowners are having to readjust their lifestyles because they are unable to move up the ladder because of financial implications or poor availability of housing stock in their desired area. 27% of first-time owners have looked at improving their current properties to incorporate their changing lifestyles, whilst 28% have planned fewer children because they are struggling to move up the ladder; this figure was only 12% in 2016.

When many of us make the second step, we are looking for features that we associate with our dream home. 80% require at least three bedrooms, 48% need a driveway, 44% deem a garden and outdoor space as a priority with 32% looking for a garage and kitchen diner.

Location, location, location is also an overwhelming consideration for many. 52% look at their distance to work, 20% look for a decent school catchment area and 40% are considering an area that will deliver an improved lifestyle. The sad fact for second steppers is the realisation that they are unable to amalgamate this wish list in the current market.

More than anything, the report indicated that people are using many rungs on the property ladder before they reach their forever home. 59% of respondents think they will own one or more properties following the purchase of their second home.

Additionally, second steppers will only spend an average of five years in their second home. Only 27% of people feel as though their second home signifies their dream home with an incredible 73% adamant that they will move at least one more time.

Andrew Mason, Mortgages Director, Lloyds Bank, said: “When considering their next property purchase, second steppers typically look for more space, a better location and a garden. However, first-time sellers now say they have to wait longer to take the next step in the current buyers’ market.

“The move up the ladder for second steppers is often linked with their aspirations in life, meaning they’ll have to wait until they have raised enough money or found the right property. This is an important step however, as movement from second steppers helps with the flow of properties suitable for first-time buyers on the market.”

When a household income of £57,291 is needed to afford a second home, many first-time buyers are left unable to make that leap forwards in their lives, which could put a considerable strain on the property market in the future.

Are you aware of people struggling to take a second step? Are more people being forced to compromise due to the current market conditions? What can be done to help more people make that second or third step?