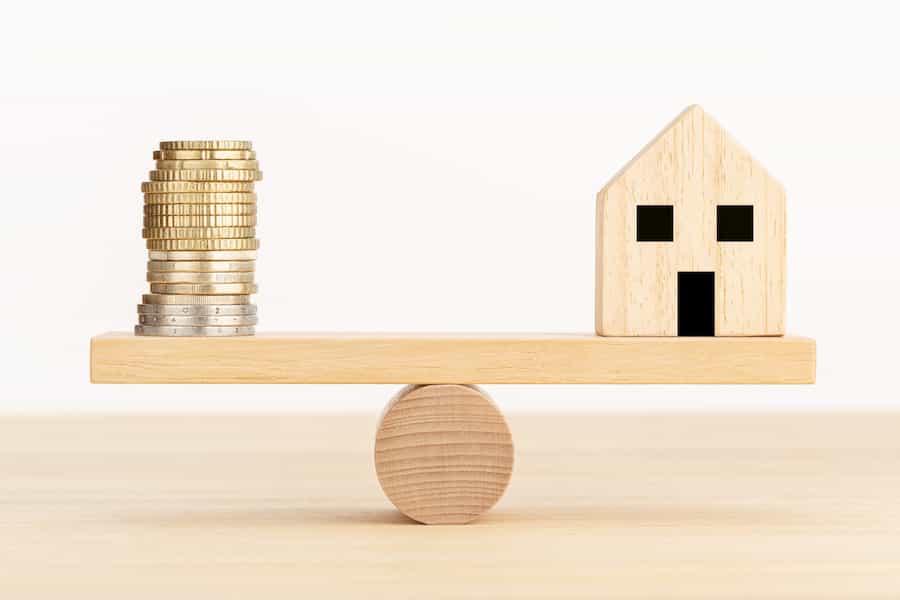 An announcement made by the Housing Secretary Robert Jenrick today, 7 January 2021 has dealt millions of leaseholders hope as he has given them the right to extend their lease by a maximum term of 990 years at zero ground rent.

The reforms have come as a result of the government working towards making home ownership fairer and more secure. The reforms that the government are implementing are said to be the biggest to the English property market for four decades.

Under the current law many people face high ground rents, which combined with a mortgage, can make it feel like they are paying rent on a property they own. Freeholders can increase the amount of ground rent with little or no benefit seen to those faced with extra charges. It can also lengthen and lead to increased costs when buying or selling the property. Today’s changes will mean that any leaseholder who chooses to extend their lease on their home will no longer pay any ground rent to the freeholder, enabling those who dream of fully owning their home to do so without cumbersome bureaucracy and additional, unnecessary and unfair expenses

For some leaseholders, these changes could save them thousands, to tens of thousands of pounds.

“Across the country people are struggling to realise the dream of owning their own home but find the reality of being a leaseholder far too bureaucratic, burdensome and expensive.

“We want to reinforce the security that home ownership brings by changing forever the way we own homes and end some of the worst practices faced by homeowners.

“These reforms provide fairness for 4.5 million leaseholders and chart a course to a new system altogether.”

The government is also now establishing a Commonhold Council – a partnership of leasehold groups, industry and government – that will prepare homeowners and the market for the widespread take-up of commonhold.

The commonhold model is widely used around the world and allows homeowners to own their property on a freehold basis, giving them greater control over the costs of home ownership. Blocks are jointly owned and managed, meaning when someone buys a flat or a house, it is truly theirs and any decisions about its future are theirs too

“We are pleased to see Government taking its first decisive step towards the implementation of the Law Commission’s recommendations to make enfranchisement cheaper and simpler. The creation of the Commonhold Council should help to reinvigorate commonhold, ensuring homeowners will be able to call their homes their own.”

“We have campaigned for years for changes to the leasehold system and event fees on retirement homes. The issue of escalating ground rent on leasehold homes has been a long term scandal which has left many owners trapped and unable to sell their houses. Our research ‘Leasehold: a Life Sentence’ in 2018 found that 46% of leasehold house owners were unaware of the escalating ground rent when they purchased their property. Over one million households in the UK are sold through a leasehold, and this new legislation will go a long way to help thousands of homeowners caught in a leasehold trap. However, while we welcome the Government’s initiative to reduce ground rents to zero for all new retirement properties, we would argue this needs to be extended to all retirement properties to create a level playing field. Event fees remain a hugely contentious issue which many consumers still don’t understand so we need as much clarity and transparency as possible.”

Jonathan Frankel is a specialist in leasehold enfranchisement law, who heads up a growing division dedicated to resolving the issue at Cavendish Legal Group, part of top 100 law firm O’Neill Patient. He said:

“This will be extremely welcome news for millions of people who have felt trapped due to the way leasehold agreements were weighted too heavily in favour of the freehold owner.

“These reforms give those people the opportunity to effectively extend their lease forever, going from 50 or 90 years up to 990. This was the recommendation of the Law Commission which we have always supported.

“Not only will it provide security for the homeowner, but also ensures they will be able to maximise the value of the property when it comes to selling, as it will be a lot more appealing with a longer lease term.

“It’s likely this reform will open the floodgates and lead to thousands of homeowners wishing to extend their lease now that they can. However, it’s important to remember that this is still a fairly specialist area of property law and conveyancing.

“Brokers working with clients who are looking to extend their lease should be looking to work with conveyancers which have a track record in this area and understand the law around leasehold enfranchisement.

“At ONP, we are specialists in the area of leasehold enfranchisement, dealing with several thousand cases each year. We are expanding our dedicated department and introducing new technology to make the process quicker, more efficient and ultimately less costly.

“Without that expertise in place to ensure a smooth process to extend the lease or buy the freehold, homeowners could yet be left disappointed, which is not the purpose of these reforms.”

Further information about the reforms is available here.

The Association of Leasehold Enfranchisement Practitioners (ALEP) has welcomed the announcement today as to the latest set of reforms to England’s leasehold system.

However, the Association calls for clarity and further information regarding timescales, technical legal details and how changes will work in practice.

“Today’s news shows commitment from government to deliver changes in the residential leasehold sector and indicates intention to reform the law in this area after many years of debate and discussion – a debate at which ALEP is proud to have been at the forefront.

“However, the measures announced today have thrown up more questions than they’ve answered for professionals working in enfranchisement. ALEP is calling for further clarity regarding the timescales of these changes, when the first draft of this legislation will be released and more detail on what these changes will actually look like in practice. As this is just the first part of a ‘seminal two-part reforming legislation’ we are calling for more detailed information on what the next steps are and what they will include.

“Whilst we appreciate that an online calculator may help simplify matters, ALEP and its members have real concerns about how this will actually work in practice and wonder if this measure takes into account the complexities of marriage value calculations and the need to ensure that there is fairness for both leaseholders and freeholders.

“ALEP has signalled its readiness to work with the Government in making the reforms practical and workable and has expressed an interest in joining the proposed Commonhold Council – a partnership of leasehold groups, specialists and government representatives – that would help prepare and pave the way for the more widespread introduction of commonhold to the housing market”.

The Law Society welcomed the reforms too as the president, David Greene said:

“Leasehold reform is a complex, important and necessary task with many different interests at stake. The reforms announced by the government today should deliver real benefits for current leasehold homeowners and future buyers, many of whom are being failed by the current system.

“If commonhold is to develop as an alternative to leasehold, then the government must encourage its creation on a much wider basis. Incentives will need to be offered to developers, lenders and buyers if this is to happen. We look forward to contributing to the work of the Commonhold Council.”

Will Bax, CEO of Retirement Villages Group, comments on the Government’s reforms to leasehold properties. He said:

“Leasehold reform is a step in the right direction for the broader housing market. But further planning and regulatory reform will be critical to unlocking a wave of new building to support our ageing society though places that promote positive ageing, help keep people out of care homes and release existing family homes back into the market. At Retirement Villages we have already begun offering long leases with no ground rent but we want wider regulatory reforms that enable the retirement community sector to build consumer confidence, offer more appropriate customer-focussed solutions and move on from some of the bad practices of the past.”