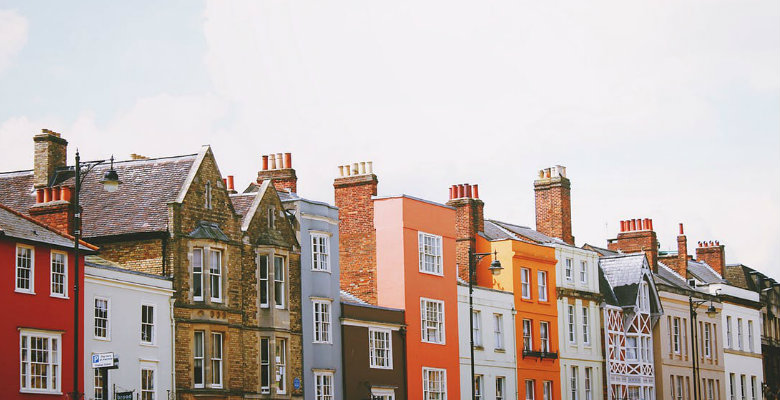 The Department for Communities and Local Government (DCLG) are seeking feedback on the current home buying process in their recently launched Call for Evidence.

Encouraging those with an interest to put their views forward and share their thoughts on the sector, the government aims to utilise the responses to ‘inject innovation into the process’.

One of the main overarching points raised relates to the length of the process, highlighting the difficulty in navigation, and the high amount of steps which are required before completion can occur. Similarly, this can also be caused by the chain aspect of the process for many consumers, who depend upon the alignment of several factors before their transaction can be finalised. When asked about how the buying and selling process could be improved, around a third of respondents stated that they would have liked a faster service from their conveyancer.

Notably, the consultation acknowledges the existing changes within the industry that have already made steps to enhance the process. This includes HM Land Registry’s digital overhaul as well as the work of the Conveyancing Association, contributing to the growth of data availability and improvement of the consumer experience.

The consultation compares the process in England and Wales to those in other countries, having looked at the experiences of over 2,000 consumers who have recently been on one side of a transaction. Government research looked at the number of failed transactions as well as the general operation of the process, setting out its wider aim to improve the information provided to parties and commit to a sale at an earlier stage.

The Call for Evidence is then split into different sections, highlighting different elements of the process itself as well as external factors which could have a positive impact for consumers and professionals.

Where conveyancing is concerned, a key point raised looked at transparency, and a need to improve the ability of consumers to choose a conveyancer based on customer satisfaction. Further on this point, referral fees were also highlighted as a possible barrier for consumers as well as market competition. These points build on the current proposals for transparency, backed by legal regulators as a way to improve competition and encourage firms to enhance their current services.

The consultation also looked at the impact of slow property searches causing the speed of the transaction to decline. This was highlighted as a key area with real potential for innovation, with the consultation looking at the concept of a ‘property passport’ when searches remain the same.

Digital technology was also highlighted as an area of interest, particularly in relation to enhancing the consumer experience in certain aspects of the process. However, the consultation also noted that this level of innovation has not been reflected to the same extent within conveyancing, which it states should be made more consumer friendly.

Whilst it acknowledges the developments already being pursued by some firms, it aims to create a ‘firm foundation for a digital revolution in conveyancing’, exploring ways to improve the accessibility of property data and innovative ways for it to be used.

Despite the prior abandonment of transferring the conveyancing process online, the DCLG state that they are now seeking views on how best to facilitate a transition to e-conveyancing as well as digital registration, questioning what they should do to accelerate this.

The Call for Evidence also looks at the mortgage application process, seeking views on how delays can be reduced. Whilst protecting lenders from further risk of default, it aims to provide consumers with a greater level of certainty over the potential success of their application.

As well as greater transparency in regard to their mortgage, buyers and sellers should also receive a greater level of information according to the DCLG. Their research indicated that at least 20% of consumers from either side of the transaction are unfamiliar with the process if they have not been involved before. Consumers should enter a transaction with all of the relevant information if they are to make an informed decision, with a standardised guide being suggested as a starting point to improve consumer education.

The consultation also draws attention to the information provided at the point of sale, looking at the requirement of the buyer’s conveyancer to raise the relevant questions. This was also cited as a reason for delaying the process.

Whilst it does not intend to reintroduce Home Information Packs, the government state that providing buyers with details on boundaries, charges or lease duration – if applicable – would help to make a home ‘move ready’. They also highlight that it could reduce the risk of the buyer pulling out later down the line as the decision they make will be better informed.

Also highlighted in the consultation is the need to increase the level of commitment between buyers and sellers in order to improve trust and reduce concern in regard to the transaction.

In addition to building the level of information shared between parties, the Call for Evidence also welcomes views on encouraging the adoption of contractual agreements. The government state that this would cause an increase in commitment to the transaction.

The penultimate issue highlighted in the Call for Evidence relates to leaseholds, though from a different angle than that which has appeared in headlines over the past few months.

Stating that leasehold properties are more prone to delay in the transaction process, the consultation highlights that there is definite room for improvement, questioning how information on leaseholds could be released more consistently.

As a final point, the Call for Evidence also looks at the process of buying a new build home, highlighting that the consumer will often bypass the estate agent altogether. In turn, the consultation mentions that this can lead to buyer’s being put under pressure to exchange contracts, once the reservation fee has been paid.

The DCLG state that they intend to improve the buying experience for those choosing new build homes, asking for views on how the current system could be changed for the better.

Commenting on the need to amend rather than overhaul the existing system was Sajid Javid. The Secretary of State for Communities and Local Government stated: ‘We are not looking to rip up the existing system and start again. The current process has evolved over centuries, and is shaped to the way in which we buy and sell. But that does not mean we shouldn’t make common sense improvements, or indeed look at more ambitious change where it is warranted.
“It is also evident from talking to those involved in the process that we are on the cusp of a digital revolution which will allow us to replace the current largely paper-based approach to buying and selling. People assure us that in 25 years time it will all be very different. But we don’t want to wait 25 years for change – now is the time to have a grown-up conversation about the changes we need, and how to make them happen.”

The Call for Evidence is open until the 17 of December.

It can be accessed here.