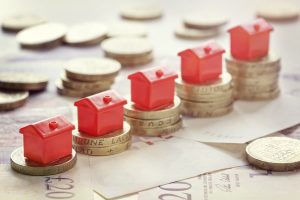 Countryside Properties has joined Taylor Wimpey and Aviva in announcing it will end the doubling of ground rents on new build developments.

They concession is another victory for campaigners who have successful lobbied the Competitions and Markets Authority (CMA) to step in and end what is widely considered an unfair practice.

Countryside will also remove terms which were originally doubling clauses but were converted so that the ground rent increased in line with the Retail Prices Index (RPI). The CMA believes the original terms were potentially unfair and should therefore have been fully removed, instead of being replaced with another term that still increases the ground rent.

The CMA contacted Countryside Properties in March requiring them to remove the doubling ground rent terms in their contracts, which was deemed to break consumer protection law. In June Persimmon and Aviva committed to similarly end the practice.

Countryside leaseholders will now see their ground rents remain at the original amount – i.e. when the property was first sold – and this will not increase over time. Countryside also confirmed to the CMA that it has stopped selling leasehold properties with doubling ground rent clauses.

“Leaseholders with Countryside can now breathe a sigh of relief knowing they will no longer be forced to pay these doubling ground rents. No one should feel like a prisoner in their home, trapped by terms that mean they can struggle to sell or mortgage their property. We will continue to robustly tackle developers and investors – as we have done over the past 2 years – to make sure that people aren’t taken advantage of.”

“Other developers, such as Taylor Wimpey, and freehold investors now have the opportunity to do the right thing by their leaseholders and remove these problematic clauses from their contracts. If they refuse, we stand ready to step in and take further action – through the courts if necessary.”

“This is the kind of issue that could be resolved at pace and met with fines if the CMA receives the consumer powers that the Government is currently consulting on.”

The CMA continues to investigate.

“We asked the CMA to investigate the use of unfair practices in the housing market, such as doubling ground rents – and I welcome their continued success in bringing justice to homeowners.”

“This settlement with Countryside will mean thousands more leaseholders are given the fair treatment they deserve and marks the third major agreement with leading UK developers and investors. I strongly urge others to follow suit and end these historic practices.”

“We will continue to support leaseholders who may have been mis-sold properties and our new legislation will put an end to this practice for future homeowners, by restricting ground rents in new leases to zero.”

The National Leasehold Campaign (NLC), was launched 5 years ago and runs a consumer campaign to end leasehold tenure for houses and make Commonhold mandatory for flats called on other house builders to follow suit. It has over 22k members in its Facebook group. NLC founder and spokeswoman Katie Kendrick welcomed the decision.

“We are delighted that Countryside are the next domino to fall in this whole sorry saga of doubling ground rents.  Today’s announcement will help those that bought leasehold properties from Countryside escape onerous ground rents that make their homes unmortgageable and unsellable.”

“We sincerely thank the CMA for their continued progress in holding big developers to account for their part in this scandal.  However, ground rents are only one of the pitfalls that leaseholders face.”

On Thursday 16th September cladding scandal victims, Grenfell survivors, leaseholder campaigners and MPs will stage the first major ‘Leaseholders Together’ rally outside Parliament to protest the Government’s handling of the building safety crisis and failure to act on essential leasehold reforms.”