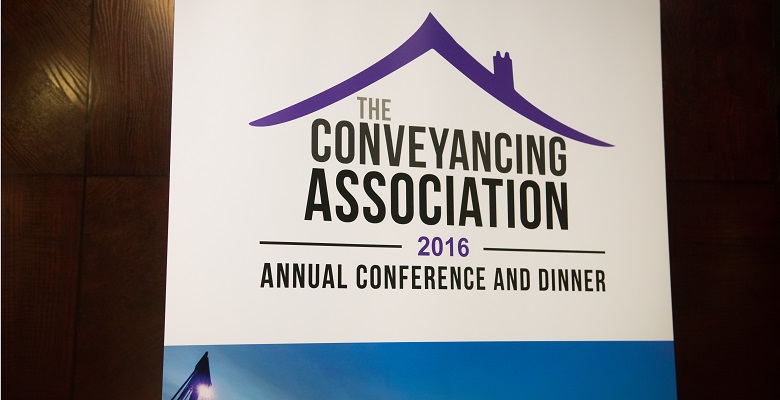 Following discussions at its ‘Modernising Conveyancing’ Conference, the Conveyancing Association, the leading trade body for the conveyancing industry, has today (6th December 2016) announced it will set out a template for the future, and produce a list of actions all designed to improve the overall conveyancing process.

The Conference was held on the 1st December at Stamford Bridge, Chelsea, and brought together 200 industry stakeholders to analyse the CA’s White Paper, ‘Modernising the Home Moving Process’, and to secure advice, insight and clarity on key areas which could be improved upon.

The panel discussions took in a wide range of subjects including the issues that can be tackled, the provision of upfront information, the leasehold process, reducing abortive transactions and the solutions that could be adopted in order to ensure fewer delays, a less costly process, and to create greater satisfaction for consumers.

Conference delegates were also treated to two keynote addresses from Baroness Hayter covering consumer’s experience of conveyancing and how it can be improved, and Professor Richard Susskind on the future for legal services and the huge impact technology will have on the conveyancing process.

Members of the CA Management Committee will now analyse the discussions and feedback from the Conference, which will result in a new version of the White Paper that will include an agreed list of actions to be implemented over the course of 2017 and beyond.

The full range of actions and solutions pursued have yet to be decided however there was a consensus view developed at Conference in a number of key areas notably on:

The CA is still open to receiving views on its White Paper, ‘Modernising the Home Moving Process’, and the issues and solutions it contains. The White Paper is available to download from the CA’s website on its Campaigns page: www.conveyancingassociation.org.uk/campaigns/modernising-the-home-moving-process-white-paper/

Eddie Goldsmith, Chairman of The Conveyancing Association and Partner at Goldsmith Williams, said: “This year’s Conference was designed to be completely focused on what we, as the conveyancing industry, can do to modernise the conveyancing process. In that sense I think it was a resounding success because not only did we get a chance to fully discuss our own White Paper on this subject, but we heard from a large number of stakeholders on their areas of concern, where the pressure points are, and the tangible solutions that we can begin to put in place to get us to where we want to be.

“I was particularly struck by the views of Professor Richard Susskind who urged us to deliver ‘incremental transformation’ rather than a ‘mild evolution’. His view of a future where the power and importance of technology will, by design, change the way we work seemed to strike a chord with many who attended the conference. As did his request that we, as an industry, should not tinker around the edges of the process but instead start as if we had a blank piece of paper to produce a process from scratch; much as we did when drafting ‘The Future’ section of our White Paper.

“I can see his point that, by doing this, we allow ourselves to think about what we want the process to be unencumbered, and from such thinking we can develop our own 10-year vision. With that being the challenge, and with all of us recognising what we might achieve, the Management Committee of the CA will now spend some time digesting all the feedback we have received on the White Paper, plus soundings from other stakeholders and the views expressed at the Conference, to produce a White Paper Version 2 that will include a list of action points which we want to achieve.

“I, and the CA Management Committee, would like to thank all those who attended the Conference and those who have engaged with us throughout the course of the year. In a very true sense, the hard work starts now, but it was incredibly encouraging to hear the views of so many who are passionate about achieving change, and to get a real sense of the areas which we can improve and how we can go about doing this. We will be making further announcements on this in the new year.”