Amanda McGovern from Pali Head Office in Wallasey has been nominated by Sysco Training to represent them in the National Apprenticeship Awards 2015.

Amanda’s NVQ assessor Alison Jones was delighted to inform Amanda that Sysco had chosen her to be put forward out of all other apprentices who train with Sysco. Amanda is thrilled with this news and hopes that her application is successful!

The National Apprenticeship Awards has been running for 12 years and is designed to encourage businesses to grow their own talent with apprentices and to show how apprentices make a significant contribution to the work place.

Amanda started working at Pali in March 2012 and since then, she has completed two NVQ’s in IT and she is set to complete her third NVQ Level 4 in Business Administration in August 2015. This is the equivalent to a Higher Professional Diploma.

Amanda is hoping to move up to an NVQ Level 5 in Management upon completion of her current NVQ which would be the equivalent to an Advanced Technician Diploma. The highest level of NVQ is 8 and the nearest comparable level would be Doctoral.

We wish Amanda the best of luck! 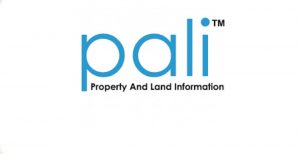