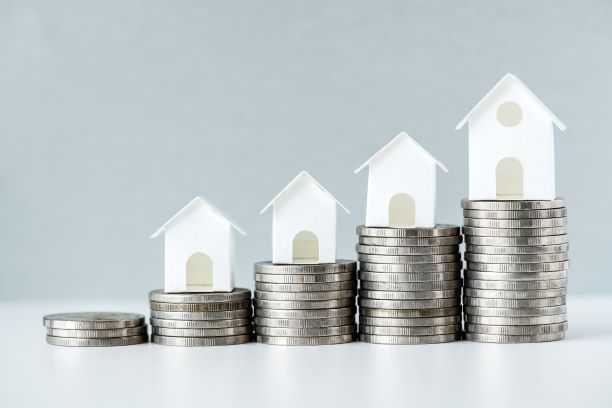 In December 2018, house prices in Wales surpassed themselves and reached an all-time peak by taking the average price across the UK to £186,699 according to the latest quarterly index.

Looking at the fourth quarter of the year, Principality Building Society confirmed the new peak is £2,000 higher than the previous highest average in September 2018.

All the areas which are enjoying peaks, apart from the Vale of Glamorgan are situated in the South East of Wales, which suggests they are still making the most of the removal of the Severn Bridge which has increased the commute to Bristol.

However, three local authority areas have endured a fall in average house prices over the last 12 months which are Neath Port Talbot (down 2.4%), Denbighshire (down 1.9%) and Pembrokeshire (down 1.4%).

Tom Denman, chief financial officer at the Principality Building Society comments on the welsh house figures. He said: “There are a number of possible reasons why Welsh house prices are at an all-time high. Interest rates are currently close to their historic low, the number of people in work is near an all-time high while average weekly earnings have risen above the rate of inflation. Welsh Government housing schemes have also helped would-be property owners onto, and up, the housing ladder.

“We know from a recent survey we did that a quarter of people in Wales admit Brexit is affecting whether they buy or sell a home. Brexit has undoubtedly affected the market but so far hasn’t dampened the market in Wales as much as England, with the number of property sales estimated to be on a par with last year. Affordability of homes in the country compared to areas of south-west England is likely to have helped growth, along with supply and demand.”

For many years Welsh house prices have been underperforming in comparison to the rest of the UK but it looks like their luck has changed over the past couple of years.

In 2017 the welsh property market enjoyed a rush of sales at the end of the summer which saw prices increase in August, according to recent figures.

According to the Principality Building Society report, in 2017, welsh prices increased by 3.3%, which was higher than the UK average of just 2.7% for the same period.

A report by the Principality Building Society last year confirmed what many experts have been thinking for a while – welsh house prices have been increasing faster than the UK average. At the time the welsh market was showing signs of slowing down towards the end of 2017 but 2018 did not disappoint with continuous steady growth and the peak in the summer.

Whilst Northern Ireland enjoyed the largest increases at the end of last year according to November’s ONS House Price Index, the Welsh property market is certainly enjoying a buoyant period.

There is no doubt that demand for Welsh housing has strengthened and it will be interesting to see how the market in Wales will cope in the short term against the challenges that Brexit will pose.