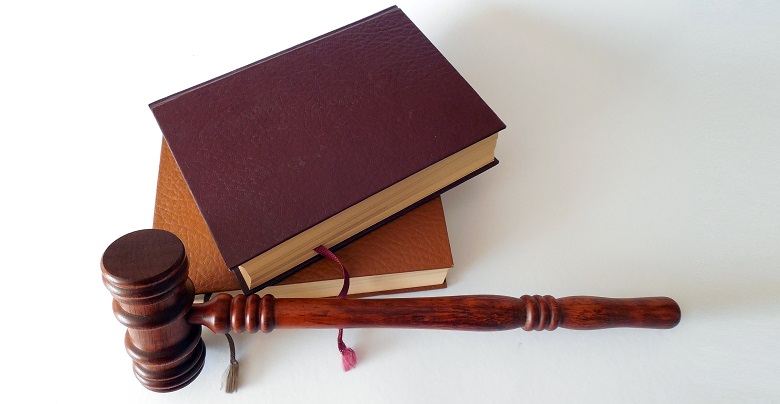 After the controversial decision in Purrunsing, this creates challenges in keeping up with the law surrounding fraud. In what could be argued as a positive result for conveyancers, last week a law firm and estate agency successfully defended a claim, which was brought against them after it was revealed the seller they had acted for was an imposter.

Unbelievably the reality of this fraud was only exposed when then the real owner walked past his property, only to see that builders were ripping out the kitchen!

According to a briefing released by BLM Solicitors, representing the defendant firm in P&P Property Ltd v (1) Owen White & Catlin (2) Crown Vent Ltd t/a Winkworth [2016], Deputy High Court Judge, Robin Dicker QC, came to a wholly different judgement than that of Purrunsing. It was ruled that whilst solicitor checks are designed to reduce the risk of fraud, they could not reasonably be thought to eliminate it.

This meant the implied warranty of authority did not mean the seller’s solicitors had to establish that their client, a Mr. Harper, was in fact the true Mr. Harper.

London is, as we know, a hot property market. A client who wishes to push a purchase or sale through quickly may not be that unusual. Therefore, when the defendant firm, Owen White & Catlin (OWC), was approached by the convincing imposter ‘Mr. Harper’, who said that he wished to sell his high value property within a week as he had a purchase to make in Dubai, nothing was flagged up by the firm.

OWC carried out the usual checks required to check Mr. Harper’s identity, and a deal was agreed between Mr. Harper and P&P Property Ltd for the sale of the property, which was unoccupied and free of charges, at £1.03 million.

A deposit of £103,000 was taken on exchange and the purchase was completed on 12th December 2013 with the balance of £927,000 being transferred to OWC. The net proceeds were then transferred to the imposter’s bank account in Dubai on the same day.

The Claimant purchasers, P&P, based their claim on breach of warranty of authority along with breach of duty against both the solicitors and estate agents. There was also a claim made that there was a breach of undertaking and breach of trust by the solicitors through whose account the purchase funds had gone through.

Breach of warranty of authority

The claim made against OWC was on the basis that it had represented to P&P that they were instructed for, not just someone who said they were Mr. Harper, but in fact that he was bona fide Mr. Harper and de facto the true seller.

Deputy High Court Judge Dicker found that solicitors’ checks are there to reduce the risk of fraud and that it was not reasonable to expect a solicitor to entirely eliminate the possible risk. The basic representation was only that the solicitor as agent has the authority to act for another. That by simply acting as agent does not mean that the solicitor is making any other representation about their client’s attributes or characteristics.

Strict liability would apply where a warranty was given that the client was the registered proprietor; a conveyancer would thus effectively be guaranteeing that their client was the registered title holder. In this particular case, the Judge was satisfied that OWC had given no such warranty and that any warranty given extended no further than that OWC had the authority to act.

Is a duty owed to the other side? Whilst undertakings may be given throughout a transaction as a matter of routine, the court has accepted that there is no standalone duty of care. In this case, of course OWC were acting for the seller, the claimant P&P as the buyer were not their client. P&P’s contention was that because they had relied on the representations and actions of OWC, then a duty of care to take reasonable care to know the true identity of Mr. Harper should be imposed.

Judge Dicker rejected this claim on the basis that there were no special circumstances which had resulted in OWC having accepted responsibility to take reasonable care that Mr. Harper was the real Mr. Harper and to ensure that he was the true owner of the property. It was the solicitors instructed by P&P on the purchase who owed the duty of care to their client.

P&P on failing in the two above claims, sought remedy through their claim that OWC had held the purchase monies that it had received from P&P on trust and that the transfer of these funds was a breach of that trust.

BLM stated the judge had found under paragraph 3 of the Law Society Code for Completion by Post (2011) that a seller’s solicitor was not required to investigate or take responsibility for any breach of the seller’s contractual obligations. Therefore, if a seller’s solicitor was liable for a breach of trust because no genuine completion occurs, it would involve that solicitor taking on the responsibility of exactly what paragraph 3 said he was not.

BLM reported that: “In the light of the guidance in the authorities, the judge found that it would be wrong to construe the code as giving right to a breach of trust if as a result it required seller’s solicitors to give an effective guarantee of title. Accordingly, the claim in breach of trust failed.”

The judge noted, importantly, that there was a distinct element to be distinguished when considering this alongside Purrunsing; this found both the buyer and seller solicitor was equal in their liability in breach of trust to a buyer who was a victim of fraud. That case was concerned with an earlier version of the code which had different wording.

BLM said: “In the light of this judgment, solicitors for buyers might seek to protect their clients by carrying out enquiries about the right of the seller to sell. The judge noted that in P&P, it was open to the buyer’s solicitors to have sought undertakings that the seller’s solicitor would only release monies to their client on confirmation that they had carried out due diligence, but did not do so.

“The checks that are routinely carried out by solicitors on the identity of the client are designed to reduce the risk of fraud – it’s not possible to eliminate it entirely. Those checks should be carried out scrupulously as the consequences can be severe. And perhaps it would be a brave seller’s solicitor who gave any sort of undertaking concerning his client due diligence in the light of that.

“Whilst there must be sympathy for the position that P&P finds itself in, to have found for it in its claim against OWC would have been to put a vendor’s solicitor in the position of effectively guaranteeing their client was the true owner and that he had title – that just can’t be right.”

The estate agents Crown Vent Ltd, who trade as Winkworths, were represented by Mills & Reeve. In their briefing on the case, they said that should the seller’s solicitor or estate agent have to make good the loss, then they as much a victim as the innocent purchaser in situations such as these; “…they are equally innocent victims, no matter how good he money laundering checks, sophisticated frauds will still occur.”

The firm said that: “It therefore feels like an area where some statutory scheme should step in, or where the insurance market should find a solution to protect buyers. Until then, the decision will be of considerable relief to solicitors, estate agents and their insurers.”

In light of this judgement, it could be suggested that conveyancers and solicitors for buyers might look to protect their clients by carrying out enquiries which are about the right of the seller to sell the property they are purporting to be able to.