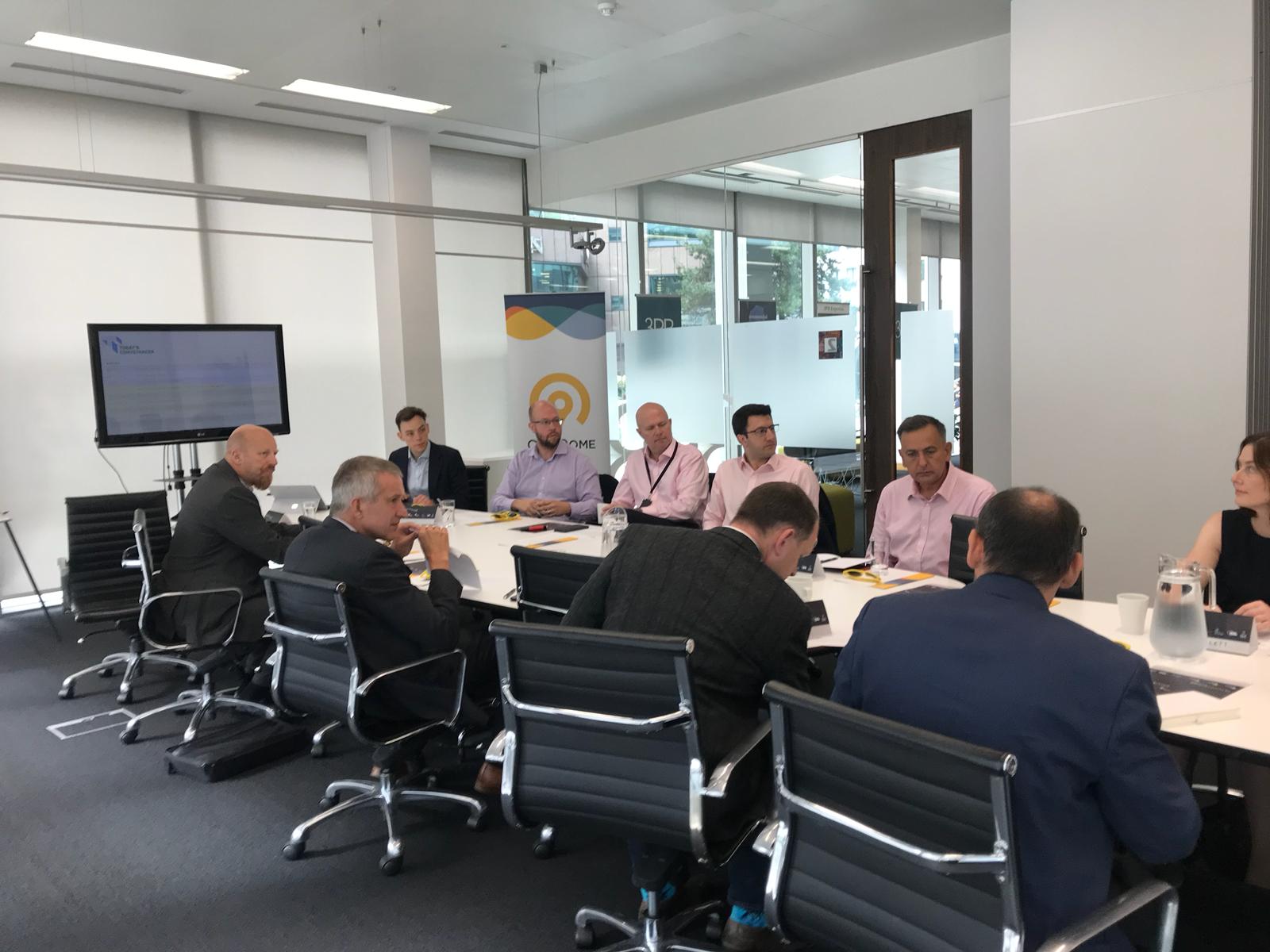 Representatives from the UK’s most respected conveyancing firms, innovative suppliers to the sector, technology experts and industry commentators gathered yesterday to discuss the key topics concerning the sector.

On the 1st April 2013, the Solicitors Regulation Authority brought into force their banning of referral fees in all personal injury cases – but an original announcement made ahead of the 1st April was that “referral fees are to be banned”.

Because of the original announcement, it was believed that there would be at last a fair playing field in the residential property market, but it quickly became evident that this only related to certain areas of law such as personal injury – and residential conveyancing was excluded from the ban.

Since then, a survey was launched by the National Trading Standards Estate Agency Team (NTSEAT) to assess the use of referral fees by estate agents.

Supported by the Property Ombudsman and Property Redress Scheme, the survey forms part of the Government’s exploration into how it can improve the buying and selling process for consumers, following last year’s Call for Evidence of the same title.

Improving the level of clarity around referral fees was highlighted as a particular area for change, with mooted proposals including transparency of the commercial arrangement between agent and conveyancer to be made clear from the offset.

The deliberation as to whether referral fees will be banned continues to rumble on, but it remains to be seen whether it will ever happen.

The roundtable representatives believe that referral fees used to be a bloodbath but the question is whether it appears to have calmed down? And will the Government ban referral fees?

Elliott Vigar from OneDome said, “I think that the most important consideration is transparency rather than necessarily implementing an outright ban – half of conveyancers pay them, half don’t. It’s a commercial choice as an alternative to marketing spend. Fundamentally though, what clients need is transparency.”

Richard Mathias from Law Firm Services Limited said, “it is not policed properly.”

Tom Ansell said, “We do not pay any referral fees, all our business is repeat, recommended and word of mouth. At the moment, we do okay without it. I sit on the fence a little as I have worked with referral fees and now I don’t.

“The estate agent sometimes pushes this through and it feels uncomfortable. From my point of view, there can be pressures, but the client must always come first. It would be in our interests to not have them as it does not always lend itself to good consistent customer service.”

Lisa Cheung from Keoghs Solicitors said, “I would like them banned and provide a level playing field. If someone is targeted on referral fees and hitting target, then this can affect their customer service and at times hold chains up. I think they do cause problems with delays and the quality of conveyancing in my opinion.”

David Pett, Managing Director of MJP Conveyancing said “I do not think it is referral fees which cause the problem, more the estate agents’ management of the client when they are referred. The customer needs to be told that they are allowed to go to anyone they wish.”

Helen said, “I would respond to the inference that clients were forced or didn’t have a choice to choose their agents by saying that

David said, “The client is not told necessarily where their solicitor will be based, and this can also cause issues.”

Harvey Harding from PM Law said, “We are policing agents by proxy. We have PI businesses also, when referral fees were banned, we just did a fee share arrangement, so there will always be an arrangement made.”

Elliot said, “To market yourselves there will always be a financial arrangement – for most people it needs to be transparent.”

A recent survey by OneDome revealed that people believed that they have to pay a fee.

Helen said, “CMA revealed that people are happy to pay a referral fee if they get a good service. If it is banned I think it will go underground and happen anyway.”

David Kempster from Clear Edge Communications Limited said, “Reviews are important surely? Regarding price transparency, SRA have said they will not be totally prescriptive.”

Harvey said, “We have a quote tool and added a one liner on our website. All we need to do is tell a client what we are charging and what the breakdown is.”

Chris Harris, Managing Director of Lawyer Checker and owner of the Practical Vision network said “There remains to be a question that you may have multiple price scales so how can you have clear pricing on your website?”

Lisa Watts said, “We have a quoting tool on our website. SRA have said to me that this will not be enough. I was asked about banding when increases will occur etc. Customers seem to like a definitive price which includes everything. The CLC and the Law Society are working on a standard quoting template.”

Chris said, “I think this is a challenge for larger firms?”

Graham Murphy, a consultant, said “It was more complex than originally anticipated.”

Richard said, “We are actively putting together a product for law firms to have on their websites, but we need clarity from the regulators. Referral fee ban? Impact? Will people just build ABS’s”

Elliot said, “It will depend on the legislation; will it be prescriptive? If not, then firms will find ways to circumnavigate the ban.”

Graham said, “Emoov have said that if there is a ban then they will go inhouse.”

Harvey said, “Where does a ban fit? Paying money as a conveyancer or receiving it as an estate agent?”

Chris said, “There does not seem to be any response to the Government consultation? They have not been inundated? Only 900 responses.”

Helen said, “There will always be referral fees underground or otherwise. I would rather it be transparent. Decision to pay or not is a business decision.”

David said, “With regards to panel management fees, a client charged £1000 fee, we would get £200 fee and the rest is to the panel and referrer, this cannot be right.”

Chris said, “Boot is on the other foot now, firms will not work with panel managers.”

Harvey said, “It has become the opposite way around though now as they are paid by the lenders? If a conveyancer’s firm is good and especially have a niche they will survive.”

Elliot said, “The reality is that a panel model results in a low fee for a firm, and the client does not necessarily know where their money is going. Is it estate agents or conveyancers who drive down the price of conveyancing?”

David said “We make the same amount of profit due to technology – our margins have gone up due to our use of technology. Massive changes in the estate agency market – Purple Bricks etc. We have an estate agency market rapidly changing, lengthy transactions, high street presence disappearing – why do they appear to not want referral fees?”

Harvey said “panel management versus the high street means that the way they work has become more aggressive. There are estate agents still who are entrenched with their good working relationships and still offer good service without the need to be aggressive. The traditional sized medium sized agents who have not moved with the times are the ones getting desperate.”

Tim Price from OneDome said “I think that if they are honest they are all very nervous and worried. If there is a strong brand they have more confidence. Nearly 60% of the UK estate agent market is made up of small two office agencies.”

Richard said, “We have seen this before 10 years ago – they will phoenix and survive, they know nothing else, estate agents will remain.”

Tim said, “There are two camps – those who have taken too much out of the fee scale income and their reliance is high, so they do not want to jeopardise this and thus work with the solicitors to make the transactions work.

“The better independents have had a different attitude towards fees and to ensure that they will have better relationships with the solicitor firms. The market needs something that will help the consumer aside from transparency. OneDome’s mission is to help the consumer through the transaction. “