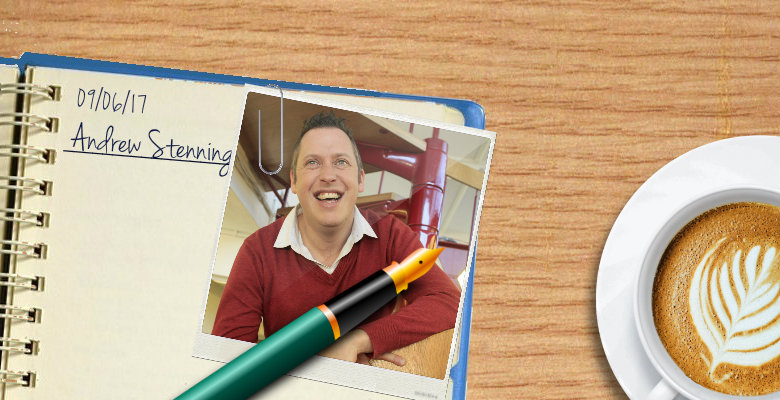 Managing Director of Searches UK, Andrew Stenning has grown to become a key figure in the property industry, with 20 years of experience.Following a change in perspective and a period of difficult decision making, Andrew has decided to leave Searches UK in order to embark on a new chapter in his life. In this interview, he tells Today’s Conveyancer about the reasons behind his decision as well as giving an insight into his property market predictions.

Andrew, I’m sure the industry will be in shock to hear of your departure – how long ago did you decide to move on from Searches UK?

“It wasn’t something I was planning on at all. Even though we took the decision a couple of years ago to sell Searches UK, I had every intention of staying involved and continuing in my role as Managing Director for many years to come. Searches UK has been a huge part of my life for the last 9 years or so, and I’ve thoroughly enjoyed running the business and watching it grow, whilst developing really good relationships with clients, suppliers and others within the industry.”

Was there anything in particular that led you to the decision? Do you think you might return in the future?

“A recent health scare, which I’m pleased to say is now behind me, made me look at life with a different perspective and as a result, it made a very difficult decision slightly easier. I knew I had to close the door on Searches UK to enable me to have the chance to open other doors leading, I hope, to different opportunities.

“I’m feeling very positive for the future and looking forward to new horizons, but there is going to be an awful lot that I will miss. Whilst I know I’ve made the right decision for me, I do know that I’m going to struggle with the reality of that decision on a day to day basis for a while yet whilst I adjust to a more controlled pace of life.”

Having worked for almost a decade at Searches UK, you’ve obviously built a wealth of experience. Can you pinpoint the most significant developments that you’ve seen during your time in the conveyancing industry?

“The conveyancing industry is an area which is always changing and evolving and there have been so many changes in the last 9 years that it’s difficult to know where to start. Obviously, Home Information Packs were around when Searches UK was first set up, but that seems like a lifetime ago now. Since then, we’ve recovered from the housing crisis and we’ve witnessed the lowest interest rates on record.

“The shortage of housing, particularly affordable housing, is, of course, something that needs addressing. Stamp duty has seen a number of changes and there was a huge rush for buy-to-let deals to complete before 1st April 2016. Since then, of course, we’ve seen less of an appetite for these, although there are more deals going through than the news would have you believe.“

Based on your understanding and awareness of trends within the industry, do you have any predictions for the future of the property market?

“Britain has always been a nation of homeowners and whilst I know that our European neighbours are more in favour of long term rentals, I really can’t see us moving in that direction in our masses. That said, housing has become less affordable over the years and the options for first-time buyers, albeit supported by schemes such as Help to Buy, are becoming more limited. I wouldn’t be in the least bit surprised if the “Bank of Mum & Dad” became one of the biggest lenders!”

Do you have any plans for what you will do after your departure?

“I don’t have any firm plans as yet. For now, I’m looking forward to focussing on my health and taking life at a slightly slower pace. It has been said that I’m a bit hyperactive, so I’ll have to do my best to channel my energies. I have a passion for motor car racing and have recently brought a little rust bucket with go faster stripes, so Brands Hatch may become my home from home!“

Can you tell us about some of the milestones that Searches UK have reached? In what ways have these achievements contributed to the business and the industry in general?

“As I’ve mentioned, the abolition of HIPs had a major impact on the property industry and in particular search companies. Searches UK didn’t just recover from this change in direction though, it was an opportunity which we embraced and actually used to our advantage to gain a competitive edge. During this time we expanded dramatically, growing from a small, independent search provider with a modest turnover, into one of the country’s leading search providers. As a result, we attracted attention from various businesses and in 2016 we were successfully acquired by Fitzalan Partners and consequently became part of the NAHL Group. This acquisition suited our ethos and spirit perfectly and enabled Searches UK to grow even faster.

“Searches UK has always understood the importance of having good systems and practices in place to reduce risk and because of this commitment, we became the very first search company to achieve the Legal Eye Quality Standard, which we have held with pride since 2012.”

Looking at the industry at present, what would say is the biggest hurdle for conveyancers and the market in general?

“Cybercrime is, I believe, the scariest and most damning problem that we currently face, with reported costs to the country ranging from £11 billion to £34 billion. Suffice to say, I don’t know how much cybercrime costs the property industry, but it isn’t something we can ignore.

“There have been some really positive steps in terms of trying to raise awareness and tackle the issues but sadly I don’t think they go nearly far enough. The criminals are calling the shots at the moment and the rest of us are a little bit like rabbits staring into the headlights. There is definitely room for, as well as an absolute need for, improvement in this area.

“I believe that IT solutions will become even more important and whilst Veyo, the online conveyancing portal backed by The Law Society, was not successful, the concept behind it definitely had a lot of merit and I wouldn’t be surprised to see a successful version of something similar taking form.”