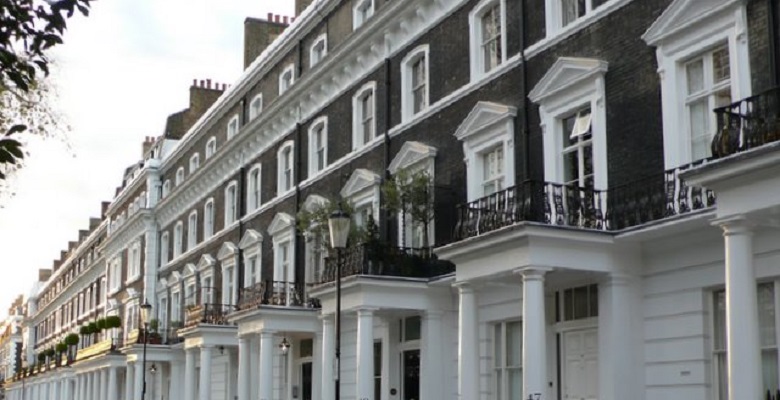 Heavily impacted by George Osborne’s stamp duty (SDLT) reforms, prices at the top of the London property market have fallen, with west London locations such as Notting Hill and Kensington seeing the biggest drops in price, according to the Stirling Ackroyd Hubs Tracker data.

The top 25% of London’s property prices have fallen by -5.4% since the second quarter of 2015, when the average was £1,227,000. The figures collected by the estate agent prior to as well as after the reforms, also indicate a price drop of -1.5% on the previous quarter in  Q2 2016. This was subsequent to the 3% stamp duty introduction which was applied to second homes in April 2016. Rather than the EU referendum result, the data indicates that SDLT is responsible for suppressing prices at the top of the London property market.

Reforms proposed by George Osborne last year have had a significant effect, a graduated rate spanning five price bands and increased SDLT was introduced in the reforms, applying to properties over £1,125,000. In the top band, a property priced at £2 million would have meant a buyer would have to cover £100,000 in SDLT prior to the changes. After the reforms however, the cost would now be £153,750. If the property was to be bought as a second home, the cost would reach £213,750 in SDLT, over twice what would have been charged in 2014.

Since the introduction of SDLT, Notting Hill has witnessed a fall in property prices to a dramatic extent with the downward trend accelerating following the SDLT increase. The price of the average Notting Hill house has fallen by -3.7% quarter on quarter in Q2 of 2016 and by -9.6% since Q2 in 2015, and is currently £1,499,800.

Although SDLT for properties valued at below £1,125,000 has been cut by governmental reform, market slowdown at the top end has contributed to a shortage within the mid-market, meaning prices for the main portion of London buyers had risen.

Stamp duty reforms have helped to increase the prices of east London homes, despite the falls suffered at the top of the capital’s property scale. Between Q2 2015 and Q2 2016, areas including London N8, Islington North and Hackney South witnessed average price rises of 1.2% and 5.6% respectively.

Dramatic increases in property value have been felt as the stamp duty reforms cause money to shift from west to east London. The price of a South Dalston one bedroom flat in London E8, increased from £490,200 in Q2 2015 following the reforms to £508,130, representative of a yearly rise of 3.7%.

Commenting on the impact of the stamp duty reforms upon all buyers was Nick Davies. The Head of Residential Development at Stirling Ackroyd mentioned that the SDLT increase may mean even top end property buyers are deterred from moving up the ladder, whilst those at the lower end suffer a property shortage: “Targeting top end buyers of properties valued at over £1 million might have been good politics at the time, but the policy is crippling Prime Central London, with potentially damaging consequences for the capital’s property market down the road. Most Londoners are unlikely to weep for wealthy second home buyers, but the reality is that without movement at the top, the middle and lower end of the chain are being blighted by a shortage of available properties, leading to intense competition and spiralling prices. Higher income families are holding on to their homes rather than move up, while buy to let investors have all but disappeared, which in time will have a similar effect on the rental market.

“We’ve seen some renewed interest from foreign buyers since the fall in the value of the pound, but we mustn’t be complacent, as the market is incredibly sluggish since the vote earlier this year. Domestic buyers remain worried about whether values at the top end of the market will hold up, and the huge cost of extra stamp duty is only serving to put would-be buyers off. It is also crystal clear that the decline at the top end of the market is nothing to do with Brexit – the big drop in prices is entirely the making of the Government.

“George Osborne’s reforms were flawed and his Notting Hill neighbours certainly won’t be impressed with his stamp duty legacy. We have also seen a shift towards the east of the city, particularly Islington and Hackney where prices are rising significantly, putting even more pressure on first time buyers who want to stay in the area – something the likes of Jeremy Corbyn and Diane Abbot won’t be impressed with either. With the new Chancellor Philip Hammond busy working on his Autumn Statement, the Government should take the opportunity to think again on the stamp duty surcharge, and should also look at cutting the cost of stamp duty across the board as the tax serves only as a disincentive to moving home.”