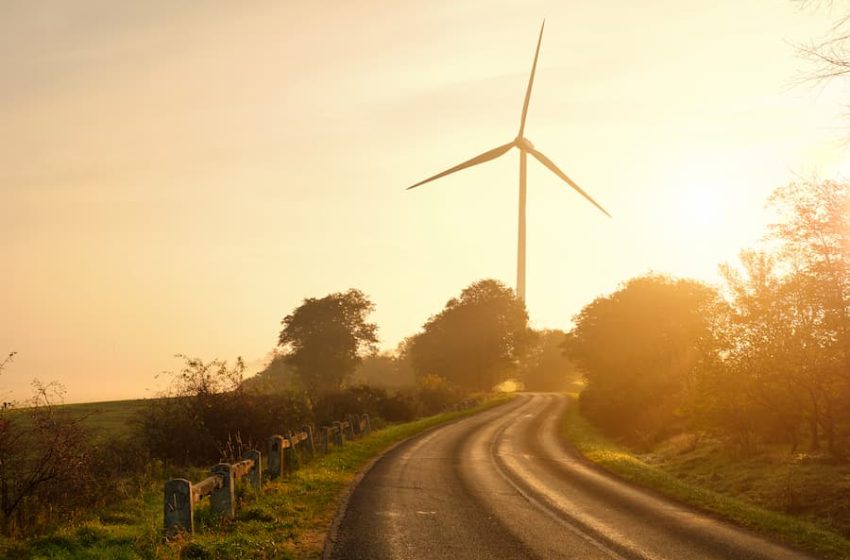 The expansion of UK wind power infrastructure in the UK since the early 1990s, has been somewhat slow. Wind power has long been a source of contention amongst homeowners and communities affected by nearby planned wind farm installations. But now, geopolitical events and the emerging energy resilience crisis have once again refocused attention on the role of renewables to support our energy security.

Whilst public opinion towards renewable energy sources has generally been favourable, especially so in recent years, wind turbines have had a tricky history of being attributed as eyesores that mar the idyllic image of our British countryside.

But the buck hardly stops with riled locals being quick to challenge and object to plans to build these farms on their doorstep. At a political level, legislation and proposals concerning renewable energy expansion in the UK have faced considerable pushback as government opposition held sway against this in favour of consolidating focus in oil and gas, as well as nuclear expansion. The lobby of rural and landowning folk rang loud in the ears of constituency MPs too.

The Triton Knoll project just off the east coast of England between Norfolk and Lincolnshire paints a perfect illustration. Initially proposed in 2003, it would take nearly fifteen years until the project was realised in 2015, following a 50% buy-in from Norwegian state-owned company Statcraft. Construction is expected to be completed shortly with the installation of 90 turbines able to power up to 800’000 homes. So whilst it is encouraging to see that the project may finally be coming to fruition, the time frame for delivery represents a less promising track record for government backing.

In April 2016, the Government announced that they would be cancelling subsidies for any further on-shore wind power projects. The basis on which they had justified this motion is disputable. They argued the British public were “fed up” with onshore wind, but this wasn’t reflected in the opinion polls. Indeed, support for renewable energy expansion in the UK was growing considerably and this can be attributed to a few fairly sound reasons.

For a start, wind energy, particularly onshore wind energy, is relatively inexpensive. After a series of offshore wind projects were commissioned in 2019, the companies developing them came up with the headlining breaking figure of £40 per MWh (megawatt hour) as the estimated cost of deriving energy from these offshore wind sources. This not only signified considerable technological advances in wind power technology but also demonstrated that renewable energy sources, and particularly wind power, could be a viable and cost-efficient leader in energy production in the near future.

The need to expand our renewables capacity in the UK as a way of deriving low-cost energy may be met with more urgency now as homeowners across the UK are experiencing record high energy bills. It is predicted that bills could continue to rise by an alarming 42% by October of this year. The government is facing significant pressure to address this and fastening the move towards renewables dependency may be an avenue they will explore, after all it seems it is not only inflationary pressure on gas bills that are the singular reason for interest for expansion in this sector.

Following the progress that had been made at the United Nations Climate Conference in 2015 coupled with a notable increase in the voices of climate activists and environmental lobby groups were experiencing in the global media, UK citizens were more willing to compromise on potential impacts to their beloved countryside if it meant greener energy generation and, in the long term, lower-cost energy production as well.

A key role in our “Net Zero” future

Fast forward another 5 years and the tide of opinion and irrefutable science has placed climate change mitigation front and centre of government policy. The government has affirmed its commitment to renewable energy expansion through a Ten-Point Plan that was published in November 2020. This commits to quadrupling off-shore wind energy in the UK by the end of this decade, claiming that this would reflect 40GW of energy being derived from offshore wind and around £20 billion in private investment for offshore wind projects. Since then we have seen these commitments reaffirmed in the government’s well-received Net Zero Strategy that was announced just before COP26 in November last year.

The language of “Net Zero” is something that has now transitioned into almost every government’s manifesto across the globe, and under the UN almost all countries are mandated to assert their commitments to reaching this goal by 2050. Today though, climate change is not the only major driver behind the move towards renewable energy generation, and what this really comes down to is self-sufficiency. Rising political and economic tensions with supply chains and conflict in Eastern Europe is forcing the UK, along with many other nations, to rethink its energy security strategy and reduce reliance on increasingly hostile sources. It is now clear that regardless of any environmental conservation considerations, we must further wean ourselves off fossil fuels and look to capitalise on the rich source power from across our windy islands through onshore and especially offshore wind farms.

In the Spring the government released the British Energy Security Strategy with a commitment of up to £320 million in government support to offshore wind projects. This applies to onshore wind expansion as well, although details of this were a little less clear.

Britain is already an established leader in wind energy. According to data from the Global Wind Energy Council the UK ranked as the fourth in the global market for new installations of installations in 2020. This was however noted to be a relative slow down compared to its historical record, and this was largely attributed to failings in the Contracts for Difference initiative that was established to auction offshore wind projects.

Whilst the initiative has been seen as pioneering in the move to attract private investment in offshore wind, numerous setbacks have led to long delays in these projects reaching completion and it is clear that the time is now to take it to the next level, especially as it is far cheaper in relative terms than other sources.

What does this mean for the homebuyer?

Approved wind farm developments onshore have often come with the carrot of cheaper electricity for the local community and generally cheaper unit costs for the nation as a whole. We know that the cost of living crisis is superheating at the moment largely from our reliance on tighter supplies of imported oil and gas, so it should make the prospect of greater planning approvals for wind farms a naturally attractive proposition, surely.

However, there are some clear implications for homeowners and buyers in proximity to these schemes that will have to be understood and overcome and that, even in the current climate, could have an impact on property values that in the long term may outweigh the energy cost saving.

A 2014 study from the London School of Economics discovered that installations of turbines within 1.2 miles of a property reduced its value by up to 13%, although this drops starkly as we get up to the 2.5 miles mark and comes in at around 3%.  However, this data greatly converses with findings from the Centre for Economic and Business Research (CEBR) who posited that there was practically no relationship between wind turbine installations and falling house prices and that in some cases it was observed that installations in fact positively influenced property values.

But it is not always about value. When you buy a house in a rural area, you perhaps bought it for that rural vista. There is also the noise of the moving turbines to consider – low level vibration, which can, in some instances, interfere with radio signals and affect local bird populations. Some sites in very close proximity may also cause visual disturbance with light “flicker” depending on the angle of the sun and time of day.

Clients considering an area that has historically been subject to a former wind farm application may find that this could be revisited under the new energy strategy.

Groundsure Avista reports include data for homebuyers that shows all existing and proposed wind and solar features within a 5km radius of the study site. It has long been believed that wind power projects negatively influence property markets within their vicinity and concerns over reduced value on properties is subject to debate. Data varies to the extent that these projects impact on property value prices.

For more details on Avista and our energy and infrastructure data for property transactions, contact us at [email protected] or call us on 01273 277 755