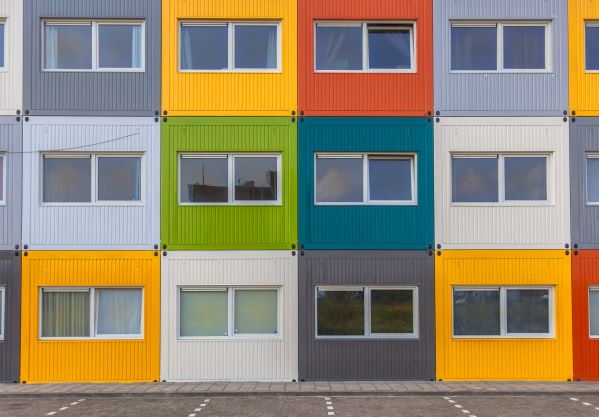 This recent case shows the difficulties that can arise with leasehold flats when the drafting of the lease terms has not been properly thought through.

11-13 Randolph Crescent in Maida Vale comprised two houses which had been converted into nine flats, each held under a 125 year lease The reversion was owned by 11-13 Randolph Crescent Ltd, a company owned by the flat owners themselves. In 2015 Mrs Winfield, the owner of Flat 13, approached the landlord asking for permission to carry out improvement works to her flat. The landlord was willing to grant consent. But Dr Duval, the owner of two adjoining flats, claimed that the terms of the lease prevented the company from doing so.

The relevant clauses in the lease were as follows:

Although 2.6 was a qualified covenant, i.e. the works in question could not be carried out without the landlord’s consent, 2.7 was an absolute prohibition on carrying out the works specified.

The works that Mrs Winfield wished to carry out included the removal of about seven metres of load-bearing wall at basement level. It was accepted that this would have amounted to a breach of clause 2.7. The landlord company was, however, prepared to grant a licence to Mrs Winfield to authorise a breach of that covenant.

The problem that had not been foreseen by the draftsperson was the interaction between 2.7 and another provision in which the Landlord covenanted:

“3.19    … at the request of the Tenant and subject to payment by the Tenant of … the costs of the Landlord on a complete indemnity basis to enforce any covenants entered into with the Landlord by a tenant of any residential unit in the Building of a similar nature to those contained in clause 2 of this Lease.

Lewison LJ, with whom Newey LJ and Sir Stephen Richards agreed, accepted this argument: “If the landlord grants a licence to a lessee to do something which would otherwise be a breach of the lease, he commits a breach of clause 3.19… To hold otherwise would defeat the whole purpose of the covenant”

And this, of course, is at the heart of the decision. Flat tenants live in close proximity to each other. What one does may well affect the enjoyment of the property by the others – as well as the value of their flats. But in future, those setting up such schemes will need to consider carefully the issue of absolute prohibitions. Lewison LJ commented on this: “Mr Johnson (counsel for the landlord) stressed the inconvenience that would result … If a lessee wished to install recessed lights in the ceiling of a flat, or to rewire it, that would on the face of it be a breach of clause 2.7 which prohibits cutting any ceiling or cutting any wire. That is undoubtedly so. But in my judgment the vice lies not in clause 3.19, but in the fact that clause 2.7 is drawn as an absolute covenant. If it had been drawn as a qualified covenant … then … the landlord would not commit a breach of clause 3.19 by granting consent”.

The message to those drafting flat leases is clear.