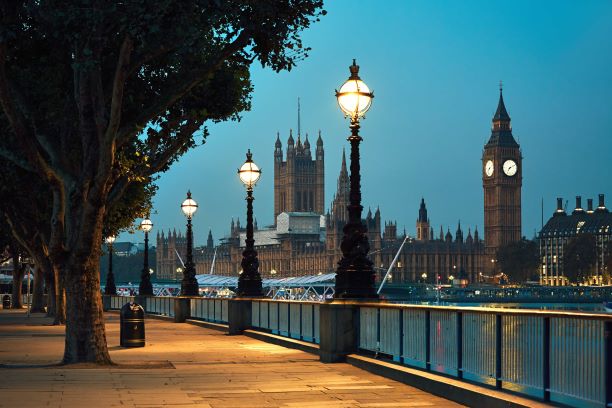 At the end of last week (31st January), the House of Lords debated issues around social housing; citing the recent Shelter report that claimed the UK is in desperate need of 300,000 new homes to ensure all people in need of housing are provided with it.

The debate participants, involving 29 Lords, were broadly in agreement that all people living in this country are in need of safe, clean housing; something that current government policy is failing to provide.

Lord Witty, organiser of the debate, highlighted that in order to help the 4 million people or 1.1 million households, local authorities would need 133 years to clear the waiting lists if things do not change.

Whilst introducing the debate, Lord Witty claimed that in order to improve the housing crisis, the government will need to reverse the long-held belief of dissolving a local authority’s direct involvement in house building by increasing the amount of social housing built. Citing the reduction in social housing construction from 126,000 in houses built in 1981 to fewer than 7,000 in 2018.

This is an issue Baroness Grender, representing the Liberal Democrats agreed with when she said: “It often sounds like a dispute about the size of the head of a pin rather than the sledgehammer required. Only yesterday we saw this in a speech from James Brokenshire promising £500 million—money that is not new and certainly not enough.”

Lord Witty also suggested that local authorities now face a huge skills shortage because of austerity measures; something that will need to change in order for the government to competently build quality, affordable social housing on a large scale.

The majority of Lords were in agreement that the £20 billion a year spend on housing benefits is a worrying factor in the current system. Many calling for the radical redeployment of these wasted funds to build the social housing necessary to reduce excessive private rents.

The debate also considered the ideas of regeneration and improving areas that could be used again. In a similar fashion to schemes that were set up in areas like Liverpool, selling properties for a pound so that buyers would regenerate the area, local authorities need to look at utilising existing sites.

However, one Lord highlighted that there was a greater need for improving the current system, highlighting that a person in housing need will be eight times more likely to be placed in a re-let rather than new home; increasing and improving the existing stock so that it is habitable should therefore be just as important than building new homes.

Lord Whitty, organiser of the debate, said: “unless we have a strong and clear commitment to a long-term programme of building and converting for new social dwellings at social rent, we can solve neither the housing crisis, nor the social crisis, nor the problem of escalating housing benefit, nor ultimately the problem of homelessness on our streets and of hidden homelessness in many families up and down the country.

The situation has been aggravated by two other aspects. The Government have started to address one: the absurd restriction on local authorities building and investing in social housing. That was partly reduced in the recent Budget but it will take some time for that to have any effect. The other dreadful consequence of austerity has been local authorities losing a lot of expertise in their housing, architecture and planning ​departments, meaning that they are less able than they were in the past to commission new builds and improve their existing estates. That also needs to be reversed; the Government need to see that the money provided to local authorities is there to do just that.”

Boroness Warwick of Undercliffe, representing the National Housing Federation, said: “The National Housing Federation and Crisis have shown that, to meet demand, we need to build 340,000 homes a year, but numbers alone will not solve this. The type of tenure is vital to tackling the root of the problem. We need to build 145,000 affordable homes a year and 90,000 must be for social rent. Last year, we built just 42,000 affordable homes. There are no quick fixes. We need a long-term, joined-up plan to build vastly more homes for social rent.

“How many of them will be genuinely affordable? How much investment has the Treasury calculated will be needed? Each area faces its own unique challenges, which require local solutions. In some places regeneration is needed, not new build. Does the Minister agree that different solutions are required, including investment for regeneration? Partnerships with local authorities are vital. The removal of the housing revenue account cap should empower local authorities and housing associations to work together to tackle the crisis.”

Lord Young of Cookham, disagreed slightly with the sentiment of building new homes, he said: “I would like to make two general points about social housing. First, there has been much emphasis on the need for more housing at social rents as opposed to affordable rents. I understand the case, but there is a trade-off between rent levels on the one hand and the number of homes that can be built on the other.

“The second general point is one that has not been made at all in this debate: if you are in housing need, of course the number of new social homes built is relevant and the more the better. But someone in housing need is eight times more likely to be rehoused through a re-let of an existing social home, than through a new home. So increasing the number of re-lets is a key ingredient in helping those in need.”

How achievable will these ideas be to implement? Should there be increased emphasis on building rather than providing social benefit?