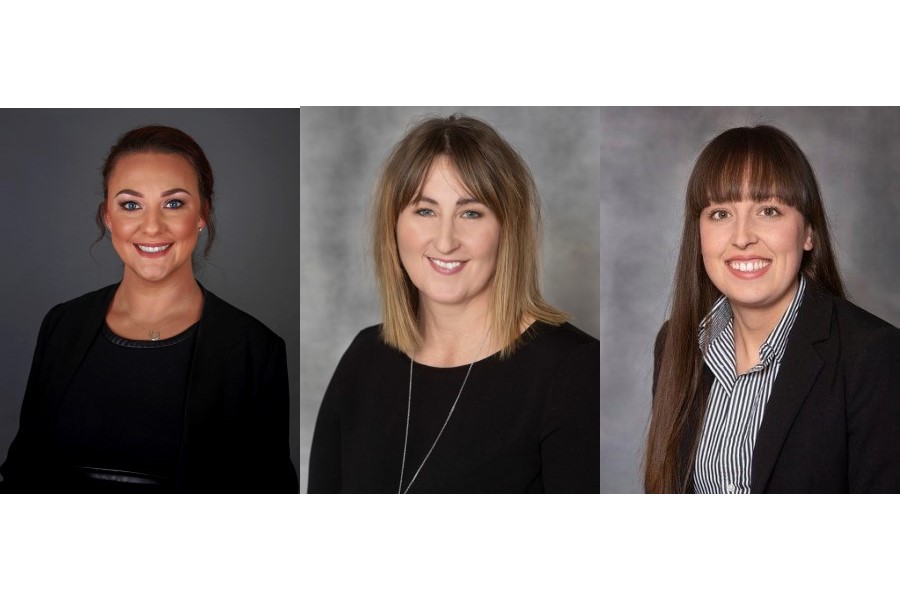 Katharine Saunders at Aconveyancing took some time to speak to her colleagues at the firm to see who  they look to for professional inspiration and why.

On 8 March 1917, Russian women took to the streets in the name of women’s rights to protest against poor living conditions, rising food prices, and inequality.  Since that day, people across the world come together to celebrate International Women’s Day in early March and it was formally declared an annual global event in 1975.

This is an opportunity to acknowledge and reflect on the achievements of inspirational women in our firms, in our industry and across our lives.  Women who have made sacrifices and strides to make law what it is today.  But it’s not just about shining a light on women in our own industry, we can and should draw inspiration from further afield.

Some of the most inspiring stories are the ones where people born into modest beginnings, through hard work and determination, create real change in their industry and lead the way for others to follow.  This is something very close to Karren Brady’s heart as a prominent businesswoman and passionate advocate for women’s rights in the workplace.

She was famously appointed managing director of Birmingham City Football Club in 1993 at the age of 23, which no doubt ruffled feathers in the male dominated football industry, but this is exactly what makes her so inspiring.  But she also knew that things would only change in the long-term if she hired women in senior roles and when she left Birmingham City in 2009, 75% of the senior management team were female, thanks to her leadership. She’s a disruptor, someone who has created change by being the change.  She has talked openly about the negativity around gender, previously saying that a big part of working in a male dominated sector is accepting that not everyone is going to like you. What makes Brady so inspiring is her relentless drive for success, regardless of her background, lack of privilege or gender and how her legacy is passed down through her mentoring and small business support – all while raising a family, treating her staff with respect and tireless charity work– she’s a true business icon.

Most of us will have shopped at the website Not on the High Street, but you might not be aware that its founder, Holly Tucker MBE worked her way up from craft fair stall-holder to creator of this global online community for independent sellers.  Her vision and drive to innovate through technology changed not only her life, but hundreds of other smaller businesses she proudly supports on her platform.  Her ethos is to “empower everyone to turn their passion into profit”.  As a single mum, she worked tirelessly to achieve her dream of creating a marketplace for sellers to make more profit by reaching a wider market and changing the way people shop without turning their back on smaller brands.  Her innovation and charity work with disadvantaged children earned her an MBE for her services to small businesses.

Michelle Mone has openly talked about her journey from teenage mother, leaving school with no qualifications to becoming one of the country’s most successful entrepreneurs.

After attending a party and realising how uncomfortable her bra was, Moan designed, developed and launched a brand in an industry when the product designers were predominantly men.   Launching a product for women, made by a woman, turned an entire industry on its head.

After co-founding Ultimo in 2014, Mone hasn’t shied away from talking about the complex relationship between her business and personal life which, as a mother of three, is a refreshing change to the narrative that these two worlds have to remain separate in order to succeed.

Moan is an advocate for equal pay and she has advised the government on supporting business start-ups in deprived areas.  I think she’s an amazing inspiration not only to all women but to the youth of today!

I considered a few iconic women for my entry; Sharmadean Reid, Jane Goodall and Jessica Ennis-Hill to name just a few. But it seemed fitting to look to the law for my choice and pick Ruth Bader Ginsburg as my female icon.

Ginsburg was only the second woman to serve on the US supreme court and its most determined advocate for gender equality.

After graduating from law school with first class honours, all of Ginsburg’s applications to New York law firms were rejected.   Her early professional life embodied the discrimination she went on to fight against and she turned it into a lifelong crusade, operating within the legal system as a lawyer and outside of it as university lecturer and equality campaigner.

As she marked her 80th birthday on the Supreme Court bench during president Obama’s second term, she shrugged off calls to retire saying “As long as I can do the job full steam, I will be here.”  A brilliant mind, an iconic lawyer and dedicated to her family, Ginsberg left a legacy which will reach far beyond the years of her life.