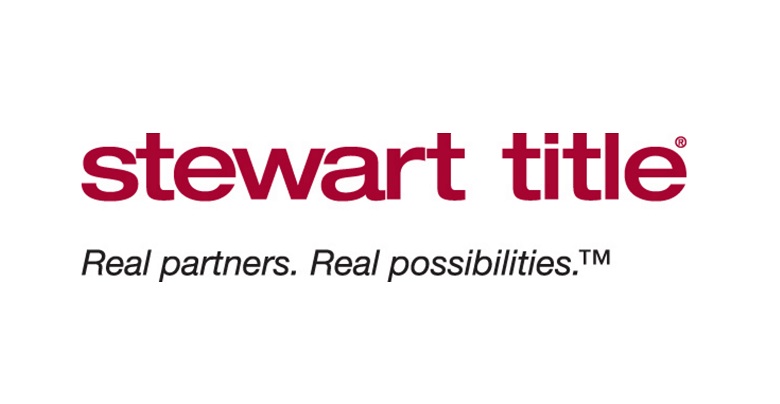 Stewart Title’s Commercial Business Development Manager, Robert Kelly, was at Legalex in May giving a talk on the dos and don’ts of insurance from the conveyancer’s point of view – something he’s in a unique position to understand, as he spent 25 years as a commercial and residential property lawyer. He told Jane Common at Today’s Conveyancer why title insurance is a vital weapon in a property lawyer’s armoury…

Why did you move from the legal profession into insurance Robert?

“It wasn’t a conscious effort to get out of property law but my wife and I wanted to move from Leeds back to London, where I’m from, and the job with Stewart Title came up. It struck me as a different thing to do – a challenge- but still within the property industry. And, within six weeks of starting, I realised one major advantage. Lawyers in the property market are under such pressure at the moment – it’s hard to get time to think and assess if there are better ways to solve clients’ problems. I have that time now and the added advantage for my wife is that I’m not such a grumpy git at weekends anymore.”

What does your role at Stewart Title involve?

“My role initially was on the commercial side, liaising with law firms, and has now expanded to working with our team on development of new products and initiatives (like our new online ordering platform Stewart Online Solution which we are launching this summer) as well as going out and talking to conveyancers at their offices and at events like Legalex. Being able to pick the brains of our very experienced underwriters I now understand so many things about title policies that I didn’t – and that other property lawyers need to understand too. So it’s my part of my job to get out there and communicate that. Hopefully my experience as a conveyancer means I understand the problems they face and I can see how the products Stewart Title offers can assist.

“I want to reassure lawyers that we aren’t deskilling them but to tell them insurance is a vital tool in protecting their client – and themselves. Problems with titles mean that there is a degree of risk and we are looking to take that away from homeowners’ and conveyancers’ PI insurance. Like most conveyancers I don’t think I was aware of a claim on any policy I’d bought in over 25 years of practice and most lawyers never have a claim. However if one does come along, you’re in trouble and the incidence of claims is increasing for a number of reasons.

“Title insurance is always relatively cheap compared to the risk – and it’s easy to purchase. With our new Stewart Online Solution system users move from start to finish in three easy steps and have a draft policy on their system for approval by all parties. It’s a really simple process – and it gives up to £5million of cover.”

So what do you think lawyers need to understand about title insurance?

“I spent my first four weeks at Stewart Title quite shocked by how little I’d known about how policies work. It’s easy for lawyers to view an insurance policy as a magic wand but it isn’t – it’s a contract. Lawyers wouldn’t agree any other contract on behalf of their client without reading it carefully first – possibly even amending it. Insurance policies need to be considered in the same way.

“Conveyancers are short of time these days – I know that as well as anyone but, as I tell lawyers when I talk to them, it is important to check that the policy does what you want it to do. This means checking for any apparent ambiguity in the policy wording and also making sure that you report to your client on the way in which the policy impacts on their dealings with neighbours and public bodies in the future.

“As a lawyer, you’re telling your client that this bit of paper will remove the risk from the problem you have identified but, unless they understand it thoroughly, that might not be the case. And if something goes wrong, the client will, quite rightly, be banging on your door demanding answers.”

What else should lawyers be aware of?

“An analogy I often use is that a title insurance policy is like a mediaeval suit of armour – it protects you but it restricts your movement too. So there are things people can’t do when they have a policy – show it to anyone else who might have a potential claim, for example.”

Has your view of the importance of title insurance changed over the last few years?

“Seeing some of the potential claims which are notified to our claims team I increasingly realise that all risks need to be taken seriously. Clients are well served by conveyancers who identify possible problems and the job of insurers, such as us, is to provide easy to use and competitively priced products to help remove that risk. As I said, most conveyancers don’t see many claims under these policies and it’s sometimes easy to think that they are of no value. However, we see that the circumstances that can give rise to a claim occur on a very regular basis and the effect of these claims on your clients can be costly at least and financially disastrous at worst.

“When I was practicing I had a fairly blasé view of the likelihood of anyone having to claim on a Chancel Repair Indemnity Policy but we have dealt with a successful claim in the last few months. We paid out a four figure sum to a PCC which otherwise would have been the responsibility of our insured. I expect that most conveyancers’ clients would find putting their hands on money to settle this claim on their own difficult and would be extremely unhappy if their conveyancer had not recommended insurance.”

For more information about Stewart Title log on to www.stewarttitle.co.uk