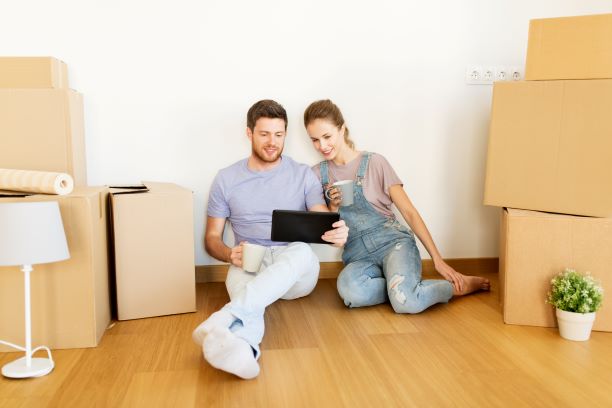 In many ways advancements in technology has made the lives of young people a lot easier, better connected and well-informed. However, as house prices have escalated at a faster pace that wages have grown, acquiring a property has been a very difficult proposition.

A recent study of 1,000 Brits, by MoneySuperMarket, has identified the modern plight of both new Homeowners and those that are still trying to step onto the property ladder.

These statistical declines can be attributed to the average salary as a proportion of a home’s value reducing by 0.68% each year since 1999 where a year’s salary was the equivalent of 23.3% of a property’s value. However, in 2017, a person’s salary only equated to 12% of their home’s value.

As more of the nation’s young adults have been pushed out of buying property, more people are therefore renting. Whilst 56% of people under the age of 34-years in 1996 rented property, this has exponentially increased to 73% in 2016.

Interestingly, as people look to adjust to a system that has priced them out of home ownership, the report has found that their lifestyles have adapted accordingly. Although it is 2% more expensive to rent privately than paying off a mortgage, many do not find saving up for a deposit, for the average 5 years, to be a priority.

Instead, 43% are more likely to save up for a holiday and only 19% were concerned with saving for a deposit.

Where people were able to save the required deposit, only 3% are able to afford a property on their own, this has decreased from 5% in 1996. Additionally, the 31% of couples purchasing property as a joint home in 1996, also shrank to 20% in 2016. However, 77% of property purchases are made through other means like shared ownership or Help-to-Buy schemes; this figure has increased from only 64% in 1996.

Whilst these figures will not shock many people, the unaffordability of property is vastly changing the aspirational attitudes and trends of our nation’s young adults.

Should more be done to help young adults acquire property? How can these attitudes and trends shift?