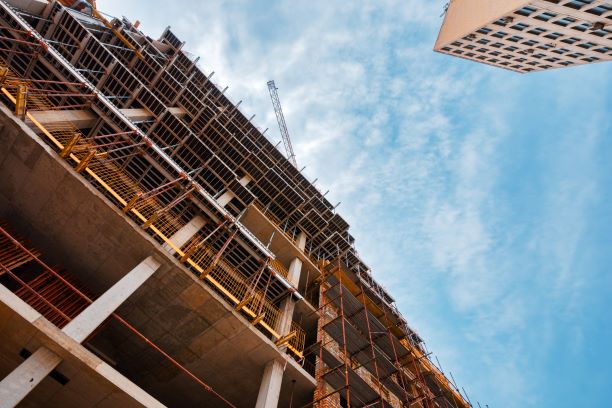 Growth with small and medium sized construction firms has slowed considerably this year according to the Federation of Master Builders (FMB).

Although the third quarter workloads have increased, the growth was considerably slower than quarter two data. Revenue and profit are being scuppered by rising material prices; 86% of SME construction firms have reported increases, this is up from 76% in quarter two data.

There is also a real danger of a developing skills shortage in the present that will exacerbate with Brexit and immigration issues likely to class construction workers as low-skilled labour; making it more difficult for foreign workers to enter the UK.

In the current market, 68% of SME companies are finding it difficult to hire bricklayers and 59% are facing a difficulty in finding available carpentry workers. If foreign labour is reduced, these figures could inflate further in the next year.

With 58% of SME firms worried that wages will need to rise within the next six months, SME construction is beginning to feel anxious that they will struggle to grow their businesses because of these issues. The knock on effect will be the inevitable failure to produce the 300,000 housing stock that is desperately needed.

Brian Berry, Chief Executive of FMB, said: “Growth among the UK’s construction SMEs slowed in the third quarter of this year. A range of factors are at work here, not least ever increasing material prices.

“Anecdotally, we are hearing worrying reports of banks withholding previously agreed funding for projects which is delaying start dates and dampening growth. This may or may not be related to Brexit-nerves.

“The construction skills shortage is also taking its toll. More than two-thirds of construction SMEs are struggling to hire bricklayers – brickies are easily the most sought-after tradespeople in the building industry currently. These latest figures match the highest we’ve noted since records began a decade ago.

“These skills shortages are also leading to projects being stalled because there physically aren’t enough people to build them. Worse still, the scarcity of trades means that when construction employers can find people, they are paying huge salaries which is putting further pressure on margins.

“This slowdown in growth should ring alarm bells for the UK Government and give rise to a total rethink of its misguided post-Brexit immigration proposals. Currently, the Government wants to significantly limit the number of construction workers coming into the UK post-Brexit, labelling them ‘low skilled’ and therefore somehow surplus to requirements.

“Migrant construction workers are indispensable with 13 per cent of our construction workers being from outside of the UK. If construction firms are unable to hire migrant workers post-Brexit, the already severe skills crisis will worsen. This will mean we won’t be able to build the new homes the Government is keen on delivering and infrastructure projects will grind to a halt.

“It is imperative that the post-Brexit immigration system allows construction firms to continue to hire workers of varying skill levels. We hope the Government heeds the warning that these latest results show before it is too late.”

What will this mean for the conveyancing sector in the future? Should the Government reappraise their immigration criteria for skilled workers?