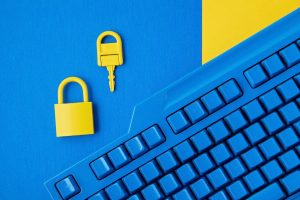 As I mentioned in my last piece, a couple of weeks ago we moved all our documents to the cloud.

It was an altogether more positive and friendly cloud than the one we had been sitting under, Eeyore-like, worrying about the devastating impact of a ransomware attack.

Although successful, we had to make some difficult choices, which I thought might be interesting to share, especially, after a discussion I had with a supplier this week.

The supplier had asked why law firms aren’t moving away from email, even though they know it’s the main source of ransomware attacks.  We decided the change was seen as either too expensive or just too big a jump.

Clearly moving millions of documents was a huge risk and we knew things would go wrong.

Technology is a tricky mistress; especially with conveyancing when there is such a huge amount of data involved.

When dealing with it, we’ve always followed the advice of Miguel de Cevantes Saavedra (remember him, that Spanish chap who wrote Don Quixote)  who came up with the [somewhat out-dated] idea that “faint heart never won fair maiden”.

Sometimes you just need to do the difficult stuff.

When implementing new technology, we always assume things are going to go wrong and make sure we have the smartest people around to fix them when they do. And do it quickly.

We had an in-house server that performed a number of tasks such as optical character recognition (OCR), uploading searches and converting images to PDFs. Flushed with the success of migrating documents, it seemed a good idea to reduce the servers we had to maintain so we moved all those processes off and turned off the server.

The first we knew of an issue was when a Director couldn’t do a Zoom interview because their machine took too long to log on.  It turned out that everyone was spending 15 minutes waiting for their PCs to start, which meant we were spending at least 20 hours per day being hypnotised by those spinning circles of dots that Microsoft allegedly use to modify our behaviour. (That said, I might be confusing them with the microchips that their old boss was allegedly putting in vaccines).

Our technical support company worked out that it was caused by the logon trying dozens of times to access the old server, which then waited to fail before continuing. No wonder it took 15 minutes. It took them a day to strip out all the connections and update all the PCs with a change – a process that is not guaranteed and sometimes takes a couple of attempts.

Years ago we removed the need for our lawyers to manually upload searches by enabling our supplier to insert them directly into our case management system. It saved a lot of time and reduced mistakes.

Our lawyers started telling us that they weren’t getting searches back; they did suggest that maybe that wasn’t such a bad thing, as it bought them a bit of time on their purchases. However, from a client service point of view, we really did have to do something about it.

The good news was our support provider reacted quickly and changed their system to match our move to a new server and it only took them a day to complete this. This experience did underscore the importance of choosing the right partners – it’s not when things are going right that it matters, but when things go wrong.

The final issue was that the OCR software our lawyers used to convert PDF documents to Word didn’t run on the cloud server.  This was quite tricky because the only version available just converted documents to a plain text file.  This meant a change in working practices, which we try and avoid where we can.  That said, given that it supported the critical activity of OCR’ing of converting enquiries in letters to plain text to paste into our enquiry system, we decided it was worth the trade off.

What did we learn ?

We’ve now had a week of hassle-free issues relating to the cloud migration.

However, the experience has once again proved it’s always worth making the changes that really need doing and dealing with the fallout quickly.

Peter Ambrose is the Managing Director of The Partnership