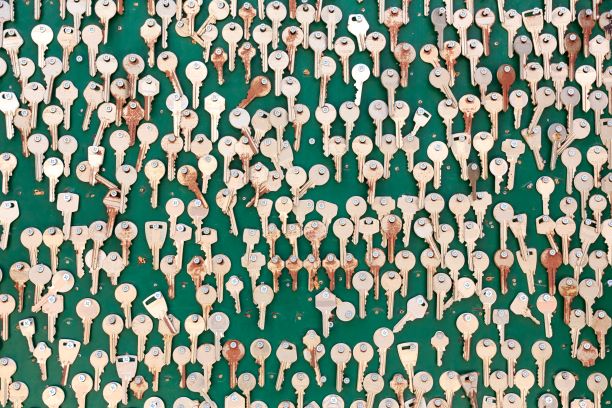 Throughout the past three years the bank of mum and dad have become a legitimate and authoritative presence in the UK lender market. However, with the Building Societies Association (BSA) highlighting that 87% of its members anticipate the dependence on the bank of mum and dad will only grow in the next ten years, it is important to find alternatives.

The BSA has stressed that an over reliance on the goodwill and savings of the older generation presents too many risks to the property market; it is therefore important for lenders to offer a range of innovative products, like 100% mortgages, that could help alleviate our dependence on family members to help prop up the market.

In the past, this has been seen as an unappealing option with the increased risk to lenders and the potential of negative equity if property market takes a significant downturn.

The BSA have revealed that many of its members are offering alternatives to money based deposits including no money alternatives like 59% of building societies accepting family deposits as security, 33% accepting charges on a property belonging to a family member and 10% offering family offset mortgages.

Whilst the bank of mum and dad will continue to increase its presence, this will only benefit more affluent buyers.

The BSA said: “There is a sense that several schemes – for example, the Help to Buy equity loan scheme and Help to Buy and lifetime Isas – primarily help the better-off to get on the housing ladder.

“By contrast, Starter Homes, Right to Buy and shared ownership – which are all associated with supporting those on lower incomes – appear to be losing ground.”

Tom Brown, manging Director at Ingenious Real Estate, said: “Homeownership levels have fallen dramatically among the younger generation over the last thirty years. In 1991, 67% of 25-34-year-olds were homeowners compared with 36% in 2014. Meanwhile, private sector renting more than doubled between 1980 and 2014. This is not just a UK phenomenon. In the United States, for example, home ownership fell to its lowest level in more than five decades in 20161.

“Declining homeownership is resulting from both cyclical economic forces as well as longer-term structural trends. In the post-financial crisis years since 2008, tighter lending standards have reduced the availability of mortgage financing for first time buyers, as low interest rates and constrained housing supply helped to sustain high house price valuations, thereby acting as a further deterrent. Whereas previous generations in the 1980s and 1990s benefited from schemes such as the right-to-buy, future generations have been left to deal with the consequences of reduced social housing stock. Supply is simply not keeping up with demand, and this has led to an estimated shortfall of almost 100,000 properties per annum2.

“While economic pressures have been important contributors towards declining homeownership, especially among millennials, longer-term lifestyle shifts are also having a significant impact. The way people live and work is frequently less structured and standardised than in the past, and there appears to be less desire for people to be held down by long-term commitments. Coinciding with the advent of the ‘gig’ economy has been rising numbers of self-employed and contract workers over the last twenty years, suggesting a more mobile and flexible workforce.

“There are already signs that changing lifestyle habits are impacting the commercial property sector. The Property Industry Alliance noted the rapid growth in serviced office and shared workspace providers in 2017, highlighting the growing demand for flexible property provision3. More generally, commercial property lease lengths have shortened significantly. The average lease length currently stands at around 7.5 years, having been as high as 25 years in the 1980s.

“Many new leases include break clauses, another sign of tenants’ need for increased flexibility. 4 The retail sector has been hit the hardest, given declining footfall in town centres and the shift to online retailing. Indeed, the Q2 RICS Survey5 showed falling occupier demand in retail, a higher vacancy rate, flat to falling rental growth, and negative capital value expectations over the next twelve months. One-third of respondents reported seeing an increase in the usage of Company Voluntary Arrangements (CVAs) over the past year.

“Nonetheless, while both the residential and commercial property sectors are experiencing significant change, new investment opportunities are opening as developers adjust their product offerings to meet evolving economic conditions and lifestyles. In fact, some of the most innovative developments are happening in the residential market.”

How important will 100% mortgages be in the future? Does this present too much risk for both lender and buyer? What should be done to reduce our reliance on first time buyers?