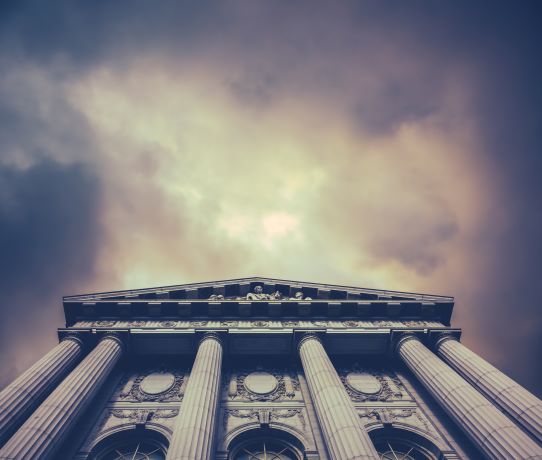 In August 2017 I discussed the ‘registration gap’ and the strange consequences flowing from it in the High Court case of Baker v Craggs. Well, an appeal in that case has now been heard by the Court of Appeal – and with a rather different outcome.

We have all heard of the so-called ‘registration gap’ – the period between the completion of a transaction and the actual registration of that transaction at Land Registry. One of the objectives of electronic conveyancing is to make completion and registration simultaneous and so close the gap and the problems that it can cause. It is to be hoped that one day soon this will be achieved.

The Court of Appeal has now explored the problems caused by the registration gap and the requisition process. When an application is cancelled, what happens to transactions affecting the property being transferred which are made after the initial transfer is made but before the second application for registration is submitted?

The case involved two sales of parts of a farm in Somerset made by a Mr and Mrs Charlton. The first sale to Mr Craggs completed on 17 January 2012. It transferred parts of the farm, including the farm yard, to Mr Craggs and included the grant of a right of way over a driveway retained by the Charltons in order to access the land being sold.

Mr Craggs’ pre-completion search gave a priority period up to 28 February 2012. The transfer was lodged for registration on 10 February, but Land Registry raised a requisition: the route of the right of way granted was not shown on the plan and thus it needed amending and initialling by the Charltons. Despite an extension of the time for compliance with the requisition, the amended plan was still not forthcoming and the application was cancelled. A fresh application was submitted, with an amended plan, on 16 May.

A dispute then arose between the Bakers and Mr Craggs over the right of way and proceedings were eventually commenced. It was agreed that had Mr Craggs’ initial application for registration of the transfer to him been in order, the grant to the Bakers of a right of way over the yard would have been ineffective – remember that such a right had not been reserved in the transfer to him. But, the initial application was cancelled and had to be re-submitted; did that make a difference?

Newey J. held that although the Charltons remained the legal owners pending registration of Mr Craggs’ transfer, he owned the equitable interest in the property. Further, he was in actual occupation of the Farm and so normally his rights would be binding on any subsequent purchaser of the legal estate as overriding interests. So he would have taken free of the right of way purportedly granted to the Bakers, despite the need for his application to be registered to be resubmitted. However, the sale to the Bakers was made by Mr and Mrs Charlton i.e. it was a sale by two trustees. And under s. 27 of the Law of Property Act 1925, a sale by two trustees overreaches equitable interests affecting the land. Mr Craggs’ equitable interest was thus overreached – and so the grant of the easement was effective and binding upon him.

Mr Craggs then appealed to the Court of Appeal

One issue that does not seem to have been explored is whether Mr Craggs’s interest was actually an overriding interest. The Land Registration Act 2002 provides that an interest—

(i) which belongs to a person whose occupation would not have been obvious on a reasonably careful inspection of the land at the time of the disposition, …

will not be overriding. Presumably, it was not worth arguing that Mr Craggs’s occupation of the farm yard was not obvious etc.

But the case does emphasise the fact that great care needs to be taken by both seller’s and buyer’s conveyancers in dealing with a sale of part. It needs care and skill and knowledge of the law on the grant of easements and covenants.

Why didn’t the seller’s conveyancers include the right of way on the plan? Why wasn’t this spotted by the buyer’s conveyancers? Why didn’t the sellers reserve a right of way over the land being sold? And of course, where does all this leave Mr Baker? Does he now have no right of way to access his house? If so, presumably, he will have a claim against the sellers who promised to grant him a right of access in the contract and then couldn’t. No doubt the costs of the legal proceedings and all the related arguments will fall upon the various parties’ professional indemnity insurers. But note the dates that all this happened – 2012. Think of the six years of stress and worry for all those concerned – including their conveyancers – over the period before the Court of Appeal decision. No amount of money can adequately compensate for that.