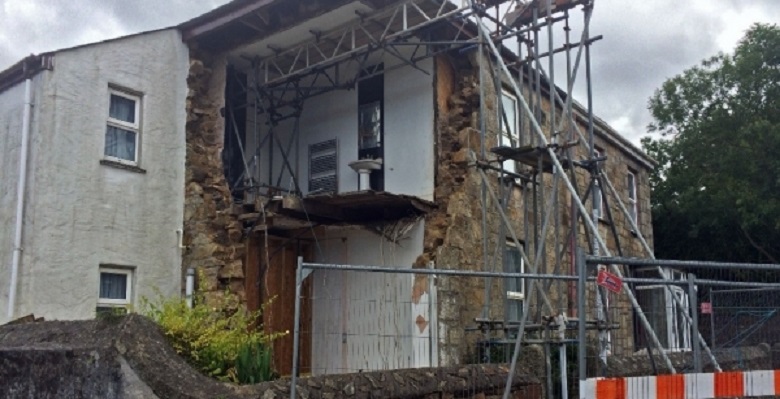 The history of Great Britain is built upon the foundations of local mineral extraction. Valuable commodities such as coal, stone and metallic minerals have been extracted from beneath our feet for millennia and it is the often hidden legacy of this industry that can cause problems for the ever-growing UK property market today.

When you hear the words ‘mining in the UK’ your mind may be drawn to ‘Poldark’ and the extensive tin and copper mining industry that criss-crossed West Devon and Cornwall or the vast underground network of coal mines that span England and Wales, fresh in the memories of families and communities alike. What you may not know is that the UK is peppered with local and regional scale mineral extraction that has shaped the country we live in today.

There has been over 35 minerals extracted from beneath our nation’s surface, some of which are of national and occasionally global significance. Coal, oil, gas, shale-gas (fracking); ferrous metals such as iron ore, ochre, manganese, umber and ironstone; non- ferrous metals such as tin, copper, lead, silver, tungsten, zinc and calamine; stone resources such as limestone, Bath and freestone, sandstone, chalk and brick clay and the rarer minerals such as china and ball clay, lignite, Fuller’s earth, gypsum, rock salt, celestine, barite, whetstone, flint, hearthstone, slate, igneous rock and potash. This vast array of resources have been vital to the success of Great Britain in establishing itself as a global power, being resource self-sufficient until well into the 19th Century.

Underground mining in the UK dates as far back as Neolithic times, 5000 years ago, when local flint extraction occurred across the chalk plateau of Norfolk and the Downs in the south east of England. It is still possible today to see the relics of this ancient mining industry at Grimes Graves, where dozens of collapsed flint mine shafts pockmark the Breckland landscape. Three thousand years later, the Romans exploited our rich metallic minerals and built grand palaces from our stone resources before the industrial revolution carved coal, clay, stone and metals out of the ground to fuel the growing empire. Today, we still exploit a vast number of resources across the UK and with the inevitability of fracking, local and regional mineral extraction is again becoming the focal point for discussion and confrontation.

Mining and mineral extraction touches every corner of every county in the UK, with mine shafts, shallow underground workings and surface quarries littering our landscape, often lost and forgotten beneath agricultural land. However, due to an increasing population and industrial growth, residential and commercial property has slowly leaked out from the city centres, with little attention paid to the problems that may exist beneath the ground. Subsidence, collapse and differential settlement associated with adverse mineral extraction features, can all cause devastating damage to property. There are a growing number of shaft and mine working collapses each year and in areas of the country that were never associated, at least to the unaware, with mining.

Underground mining in the UK reached its peak in the 19th and early 20th Centuries, typified by the world famous tin and copper regions of Cornwall and West Devon. Iron ore from the Forest of Dean, Bath and freestone from the Cotswolds and surrounding Bath, celestine from South Gloucestershire, limestone from Staffordshire, beer stone and ball clay from Dorset and South Devon, chert from Derbyshire and many more, in fact, if this blog was to list all of the locations of mineral extraction in the UK for just a single decade of the early 20th century, it would require a small book.

Upon cessation of the mines, many shafts were capped with wood, backfilled with mine waste, rubble and soil and abandoned. Over the past two centuries, the wood will have deteriorated, until, due to complete degradation, it inevitability collapses, causing devastating damage to the surface above. In Cornwall and west Devon, where mine searches are commonplace, it is well known that for every recorded mine shaft, there are two more unrecorded and this follows suit for mining and mineral extraction across the rest of the UK. As well as shafts; shallow underground mine workings, drainage tunnels (adits), irregularly backfilled quarries and buried opencast pits can all pose a significant risk to ground stability and therefore to property and land. This is when the interpretation of risk from expert geologists is essential and why over the coming decades, mine and mineral extraction searches will become an invaluable part of property and land conveyancing and development; not just in Cornwall and Devon and not just for coal, but for the plethora of other mineral resources extracted across the UK. The Council of Mortgage Lenders (CML)1 and The Law Society currently requires a mine search in areas of previous mining activity, however until now there has not been a comprehensive review of the potential mining risk zones, specifically regarding almost 30 minerals that were not previously covered by mine search reports. We are actively working to educate both the general public and local and regional solicitors to increase the awareness of the different forms of mineral extraction and the associated risks.

Little evidence remains of our countries once rich mining heritage, hidden beneath our growing residential and commercial developments, waiting patiently and silently. This a lost but very real threat and one that deserves recognition in the conveyancing process.

If you would like to find out more about mineral extraction in the UK, the process behind mine searches or have any other questions please contact us at: [email protected] or on 01934 806515.