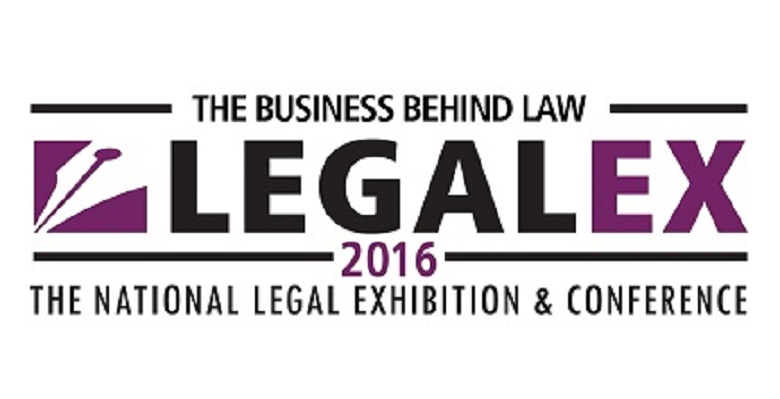 Legalex made a triumphant return to ExCeL London on the 11th and 12th of May and further strengthened its reputation as being the nation’s most important event to focus on the business behind law.

Across two days, the event, with its 150 exhibitors providing innovative goods and services, over 150 expert-led seminars, masterclasses, panel sessions, and networking features, saw 83% of its visitors confirm their intention to return to 2017’s highly anticipated event.

The show attracted 2,418 visitors, up from last year’s total of 2,035, 89% of which were key decision makers within a variety of law firms and companies whose business connects with the law industry.

Post-show research has shown that 76% of all attendees have already done or are currently in discussion about doing business with one of the show’s exhibitors, and a highly impressive 82% of exhibitors have already confirmed their place at next March’s event, with over half of these upgrading their stand.

Legalex is renowned for attracting the law industry’s most influential and revered figures to form its line-up of keynote speakers, and 2016’s show continued this proud tradition. Amongst those present were Lesley Batchelor OBE, Jonathan Smithers, and Chrissie Lightfoot. The schedule was meticulously designed to cover every area in law and provided the foremost insight and guidance for its audience.

For the very first time, the Legalex Awards were held to recognise the legal sector’s most innovative products, rewarding leaders in practice efficiency, practice growth, marketing innovation, and advanced performance. Amongst the Awards’ judges were IBM, Neota Logic, and Irwin Mitchell Solicitors.

Following feedback from the show’s visitors, next year’s event will see further investment in networking, offering the most effective environment yet for connections. In addition, increased effort will be made to create the highest quality schedule of seminars and features. What’s more, 2017’s show will arrive earlier in the year than normal; the days you need to keep free in your diary are the 28th and 29th of March.