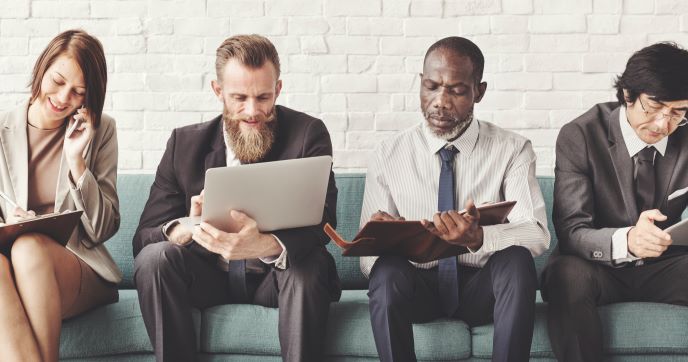 New research launched today has revealed the importance of technology to law firms, but a surprising lack of infrastructure in place to take full advantage of it. Eight out of ten (85%) legal professionals agree they need to implement new tech to stay competitive, but only 3% of respondents said their firms have resource that is dedicated to R&D or innovation in their business.

InfoTrack, the conveyancing software company, spoke to 178 legal professionals about their attitudes to technology in the legal profession, with the results highlighting an appetite for it, but an ad hoc attitude to the way technology is tested and adopted.

Nearly half of respondents (48%) agreed that the legal space is behind the technology adoption curve, and a third (34%) believed firms should constantly explore and trial new tech in order to be effective and efficient. However, there remains confusion when it comes down to who should be responsible for introducing new technology to the firm. Nearly half of legal professionals (49%) said it happens ad hoc, while nearly four in ten (38%) said it’s the responsibility of their management.

There also still remains a level of distrust between technology providers and firms: 43% of respondents admitting their distrust, due to having been stung in the past. However, the benefits are too strong to ignore: of those surveyed whose firms adopted technology recently, 83% said they found the new tools useful, and over half (51%) were also in agreement that tech helps firms to remain competitive.

Commenting on the findings, Adam Bullion, General Marketing Manager at InfoTrack, said: “The legal sector has been a relatively late adopter of technology, but this is changing, as more and more firms and legal professionals begin to understand the benefits on offer. However, the majority of law firms still don’t have the right infrastructure in place to truly take advantage of the benefits of this technology.”

The growth in importance of technology chimes with previous research conducted by InfoTrack, which found a significant opportunity for conveyancers who invest in technology. Nearly half of home-movers (47%) said they would love regular digital communications from their conveyancers, with online portals, IM and text increasing in popularity amongst the group, and more than a third (36%) also stated they would like the ability to track progress of searches and their property purchases.

Bullion concludes: “There’s clearly an appetite for technology that makes a legal professional’s day-job easier, and it’s down to the decision makers to dedicate more time and resource to innovation and tech adoptionto really progress. Because by adopting new technology that takes on the boring, laborious tasks, firms can focus on the offerings that makes them stand out – such as serving the customer more effectively.”

InfoTrack is the home of digital conveyancing. A powerful suite of solutions from client onboarding and searches to post-completion and e-signature services, we digitise the entire conveyancing process to assure compliance and productivity. Our award-winning solution connects law firms to key conveyancing services, their clients and other law firms from within a single platform.

Building technology to inherit the burden of paper-intensive, arduous administrative tasks, we digitise the conveyancing process from end-to-end. Integration is in our DNA, providing best-in-class integration solutions with leading case management systems as well as HM Land Registry, HMRC and Companies House. Our platform exists to empower firms to deliver an exceptional client experience, every time. InfoTrack; the smart, sophisticated, secure solution for digital conveyancing.