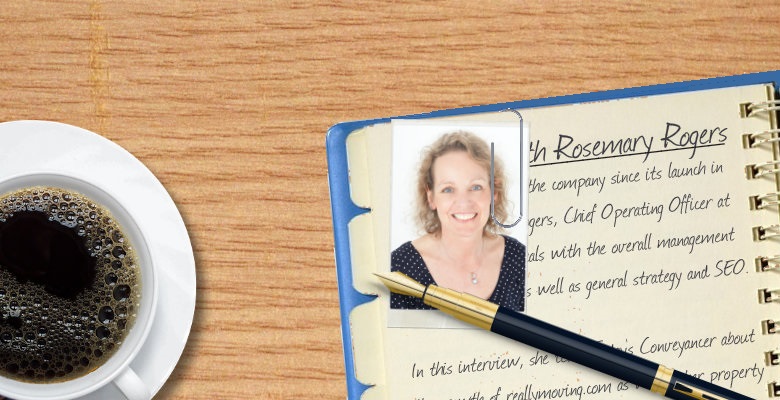 Having worked with the company since its launch in 1999, Rosemary Rogers, Chief Operating Officer at reallymoving.com, deals with the overall management of partner panels, as well as general strategy and SEO. In this interview, she tells Today’s Conveyancer about the growth of reallymoving.com as well as her property market predictions for 2017.

So Rosemary, how did you initially get into the property industry?

“I landed in this industry via a rather unusual route; PR and classical music. Having worked in PR in the music industry, I applied my skills to websites in the boom of 1999 and a new career was born.”

What was the original idea behind reallymoving.com and how did it come about?

“Having just moved house in 1999, my husband and I realised that there was no central website for finding the services you need when you move house. There were several property listing sites, but none really shed any light on the nuts and bolts of moving.

“We had the idea of a comparison site (they weren’t called that in the last century) and, with the help of some brave solicitors, surveyors and removals firms willing to give the internet a go, the Movers’ Quote Engine on reallymoving.com was born.”

How does reallymoving.com work for consumers and what sets it apart from similar websites?

“We were the first website to collect reviews on our partners and now have the largest database of reviews for our core services.

“Over the past 18 years, we have continued to innovate with integrated APIs, email validation, postcode allocations and dynamic pricing to name a few elements. However, we look after our partners with a personal touch.”

Since reallymoving.com launched, the property market has changed dramatically. Can you tell us about how the site has grown over time?

“We have grown organically over the past 18 years. Rather than taking large sums of VC cash, we remained independent whilst growing steadily and with agility. We work with an increasing number of partners (service providers), many of whom have been on our panel for decades and our businesses have grown symbiotically.

“In order to retain our strong organic presence, we have continued to develop and innovate. Three years ago we decided to bring our IT, SEO and paid search in-house which has helped us to grow. We are able to respond quickly to partners’ suggestions to provide a service that they want.”

What are the plans for reallymoving.com in 2017?

“2017 is a big year for reallymoving.com. We have a site design which has two phases; the relaunch of the design and content architecture is scheduled for June this year, and an enhanced consumer backend is scheduled for the autumn.”

The property market is constantly developing and professionals are under pressure to keep up with any changes. Are there any issues you’re aware that conveyancers should pay attention to?

“I believe the clear presentation and unified format of legal fees, disbursements, expenses and referral fees is something that needs to be addressed across the industry. That said, conveyancers are leading the charge for automation and innovation, which does not always receive the external recognition it deserves.”

Do you have any property market predictions for 2017?

“Back in June 2016, I wouldn’t have believed that 2017 would produce a series of record-breaking months for reallymoving; there doesn’t seem to be the anticipated sluggishness. However, I would be surprised if the rest of 2017 continued to be as buoyant as Q1.”

Do you think any of the current political changes will significantly affect the UK property market?

“We thought last year was uncertain times after the Brexit vote, but with the current EU’s negotiating strategy and the snap general election, a maelstrom is created which makes predictions very difficult. The property market has, however, shown itself to be particularly resilient in the past few years, so unless there are some unusual efforts to fix what is regarded by some as a ‘broken’ market, I think modest growth will continue.

“I would look out for potential changes to the Right To Buy in England, to match Scotland and plans in Wales.”

What do you most enjoy doing outside of your working life?

“After cycling through Vietnam and Cambodia on a charity trip last year, I took up road cycling. I bought a lovely new road bike and am now zipping around Hertfordshire and beyond looking for the best coffee and carrot cake.

“Besides that, I still play cello in the local orchestra and have two fabulously energetic sons.”