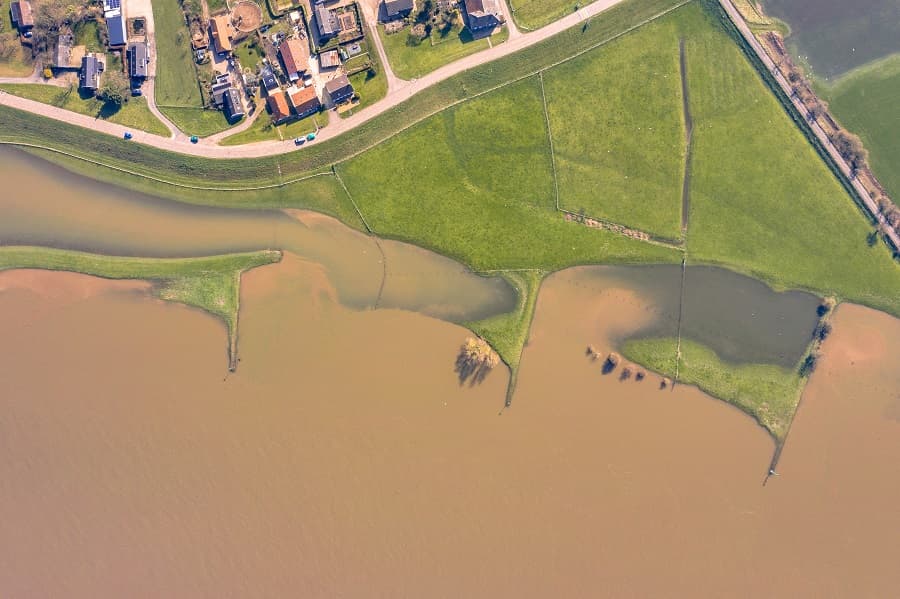 A new report by Hometrack predicts that that more than 1.5 million homes could be at risk of flooding due to the effects of climate change by 2050.

Although riverside and coastal housing are generally the most at risk, the report indicates that other factors caused by climate change, such as coastal erosion, sinkholes, and sudden torrential downpours can all leave homes at risk of flooding.

It is also thought that underground rivers and erosion are set to leave more homes vulnerable to subsidence and sinkholes. The British Geological Society has estimated that 32,000 sinkholes already exist across the UK, with further underground water expected to cause even more collapse and erosion.

Further predictions from the ground risk company Terrafirma include equally startling figures, the firm thinks that more than 800 buildings will be destroyed by coastal erosion within the next 20 years, and nearly 7,000 homes and properties will be at risk of falling into the sea across England and Wales over the next century.

Spencer Wyer, VP of product and technology at Hometrack, commented on the report:

“Whilst the effects of climate change are well publicised, the direct impact of climate change on property valuation is a more challenging area for lenders. It’s become critical for lenders to understand the risk to their existing portfolios and many have addressed this.”

“However, lenders also need to consider how to stop taking on further risk at origination and the more challenging task is understanding the true impact of climate change on properties impacted by it. This is something we are focusing on to support lenders.”